During his first 21 years as a head football coach and offensive coordinator, Kurt Bryan ran exactly one play out of the shotgun formation. 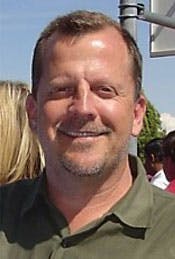 Photo of Kurt Bryan co-creater of the A-11 offense

During his first 21 years as a head football coach and offensive coordinator, Kurt Bryan ran exactly one play out of the shotgun formation. Then in 2006, on the heels of a playoff loss to a school twice the size of his, Bryan, then the head coach at Piedmont (Calif.) High School, in collaboration with his offensive coordinator Steve Humphries, created the A-11 offense based on the concept that any of their 11 players on the field - including two quarterbacks - could be eligible to catch a pass on any given down. Once The New York Times, ESPN The Magazine and National Public Radio profiled the offense, and Bryan and Humphries launched an A-11 website to answer frequently asked questions, hundreds of high schools nationwide adopted the system. Following the 2008 season, however, the National Federation of State High School Associations changed its rules to effectively ban the A-11, but its architects have since shifted focus to the pro ranks and the prospect of a 10-team spring-summer league launching as soon as 2013. Paul Steinbach asked Bryan, who now sells insurance while trying to sell investors on his $100 million venture, to draw up the vision.

Q: You're used to playing the role of David against Goliath, but what makes you think you can survive in a market ruled by the NFL after so many pro leagues have tried and failed?
A: For about 30 years, football fans in America have spoken with their wallets, and they don't want to support long term a watered-down, subpar version of the NFL in the off-season. However, we think there's a market for a faster, more dynamic, more athletic, more random 11-man pro game featuring thousands upon thousands of options for the coaches and players to use - and fans to watch.

Q: In 2008, Scientific American magazine calculated that the A-11 offense allowed for 16,632 possibilities in terms of who might receive the snap and who might end up with the ball on any given play, compared to 36 in a conventional offense. Had you done the math?
A: That blew us away. We knew there were a lot more permutations possible after the snap, but we had no idea it was that exponential. So now what we're trying to help potential investors visualize is full-time professional coaches and players tinkering and developing A-11 systems on a year-round basis. It's going to be unbelievable what they come up with.

Q: Entertainment value aside, is it a safer way to play football?
A: By far. We operated the A-11 offense in 22 games and didn't have a single major injury on offense. And other A-11 coaches started reporting the same thing, that athletes weren't getting the blown-out knees and ankles, because they weren't piling up inadvertently. As for the concussion element, when players are more spread out, they're not banging heads as much. As a coach, I like it that the players can see oncoming traffic a lot easier and avoid the big hit.

Q: Will the A-11 live, even if your venture dies?
A: Even if it doesn't happen in the next couple of years, do I still think this is where football is headed? Absolutely. Those two years gave us enough of a crystal ball. The game is not going to become slower and more condensed. It's going to become faster and more spread out. So with each year, the game is becoming more and more like A-11 football, not less like it.