One on One with Don Yaeger | Athletic Business

One on One with Don Yaeger

Long focused on leadership within the sports and political arenas, Don Yaeger has emerged as a leader himself — a sought-after speaker on the topic of achieving greatness as individuals and teams. The former Sports Illustrated associate editor and nine-time New York Times best-selling author has written 24 books, collaborating with the likes of UCLA men's basketball icon John Wooden and actually living with Walter Payton during the late NFL legend's final months in order to share their life lessons. Two of his muses — Dick Hoyt and Lou Holtz — have appeared as keynote speakers at the Athletic Business Show, a role Yaeger himself will fill Nov. 18 in Orlando, Fla. AB senior editor Paul Steinbach asked Yaeger to provide a few hints of what to expect.

Your first book, Undue Process: The NCAA's Injustice For All, was published in 1990. What letter grade would you give the association in 2016?
I would give it a D. They continue to miss the big point. They've created a model that doesn't seem to work and hasn't seemed to work for some time. On one end of it, is the financial end. I think they've missed it. But secondly, I focused a lot on their enforcement process. They have a book of picayune rules that is twice the size of the Bible, and somehow they can't figure out that by continuing to add rules, they continue to create people who have a black mark associated with them, even though in some ways what people are doing is not intended to be cheating in the sense of what the world wants to call cheating.

Is the financial end related to exploitation of student-athletes?
I think it's difficult to tell a college basketball player that his coach can make $7 million, the NCAA can sign a contract worth many billions, and yet when it comes time to go to the NCAA tournament, your parents get tickets in the upper corner of the arena because all the good seats are reserved for corporate sponsors. "Oh, by the way, this is a really great trade because you're getting a college education." There are so many stories out there that make it clear that the model is broken. That's not a workable trade. We're the only country in the world that exercises that model for their sports.

Get more insights from Don Yaeger during his AB Show keynote speech, Nov. 17-19 in Orlando: “What Makes the Great Teams Great”.  Register at abshow.com

Do you see a day when athletes will get paid beyond the stipends that we've seen?
I do. I think even the NCAA is starting to realize that slope has gotten very slippery.

What one piece of your writing do you feel has been the most impactful?
It was a cover story I did for Sports Illustrated 15 years ago about youth coaches using that access and opportunity for the purposes of molestation. It took almost 10 months to work on because we had to get young people — who maybe never told anybody outside of their family what had happened — to talk to us. We had to go into prison cells and talk to molesters. It was a really emotional piece, because we were getting at the very worst of our society. Not that background checks will solve everything, but maybe one of the greatest sources of pride in my career is that, as a result of that story and all the attention it received, 33 states changed their laws and started requiring background checks for youth coaches.

Who has had the most-lasting impact on you personally?
John Wooden allowed me to be part of his life for the last 12 years of his life. Every other month for those 12 years, I'd fly to California and spend a day with him. I had been invited to watch him serve as a mentor to a couple young athletes, and while there, I asked Coach Wooden, "How does somebody become mentored by John Wooden?" And he said, "You ask." I realized right then my greatest fear, and probably the fear of most people, is that we don't ask, because we're sure the answer is going to be negative. I called a month later and said, "I feel like I was supposed to ask." And he said, "I wondered what took you so long."

How would he mentor you?
I would take a topic and try to make it my lesson. What could I learn from Coach Wooden? I wanted to learn about leadership. I wanted to learn about how to get the most from those around me. In any organization, we all have a 13th person on the bench. It's that person who is almost never going to get any glory, and yet if left unattended, he or she could easily become a cancer, right? I wanted to know how he managed the 13th person on his roster. I went through the rosters of his last 12 teams — 10 of them national champions — and determined based on playing time who the 13th person on each team was. Then I asked him, "How did you lead that person? How did you lead that person? How did you make sure that person stayed with the program?" His memory was just so great, so sharp, that he could go through and talk to me about each one. And each one required different leadership, which is true of any team. But what was just beautiful about it is he had a plan for the 13th person on his roster because, as he said, "A couple of years from now, that person could easily become my fifth- or sixth- or seventh-best player, so the last thing I want to do is lose him." That was a powerful lesson, as I now own and operate a couple of small businesses, and I'm always worried about how I lead the people working for me.

When you heard Art Briles, a former collaborator, was being terminated by Baylor, how did you react?
I've stayed in touch with Coach Briles. I think that should be a hallmark of all of us — if we want to be in a relationship with someone when things are great, we need to make sure we're in a relationship with him when things aren't so great. In our book, Coach Briles talked a lot about his passion for creating second and sometimes third chances for people. He believed that everybody deserves an opportunity to walk back and un-ring the bell in certain places. I think sometimes you only have to make a few bad choices in creating those opportunities for people for the whole effort to lose its effectiveness, and I think that's exactly what happened. You point to a hundred great examples of people, and then there are the horrific examples of some who didn't take advantage of that opportunity, and in that situation, the efforts of the hundred are essentially lost. I don't think there's any excusing what some of those young men did, and I don't think Coach would attempt to excuse it. But he lost the opportunity, as a result of the actions of those people, to continue to give others a second chance.

Who among your sports-writing peers would you entrust to write Don Yaeger's biography?
Dan Wetzel. I think that Dan is a great listener. I think he would ask really probing questions and then listen, as opposed to too many in our world who are busy telling you the answer while asking the question. Dan's not just a gifted writer, but a great inquisitor.

What do you hope attendees take away from your AB Show appearance?
The discussion point I hope we end up having is about the habits of high-performing teams. And I think a real key driver here is that there are certain things that are habitually done by teams that win consistently. And when you can pay attention to those habits and study those teams that have been successful you can actually bring some of that in your direction. In sports, we all know that there are a lot of wildcards. It's a lot easier to be good when you have great talent, but it also helps if you know how to lead. I've had a chance over the past five years to sit down with the best team-builders in America and ask them, "How did you do it? How can we break it down?" And I've think we've done that in a way that can be really useful for almost anybody — not just in a sporting environment — but anybody who manages or participates on a team. 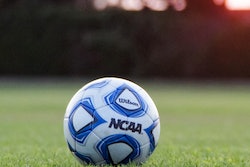 By all accounts, it was a successful trip to Las Vegas for the Indiana University women's basketball team, but Hoosiers coach Teri Moren couldn't help but criticize the staging of a tournament inside a ballroom of The Mirage Hotel.
November 28, 2022
Page 1 of 60
Next Page
Buyer's Guide
Information on more than 3,000 companies, sorted by category. Listings are updated daily.
Learn More
AB Show 2022 in Orlando
AB Show is a solution-focused event for athletics, fitness, recreation and military professionals.
Learn More