In just a few short months, Nick DeForest has made the world a smaller place. As assistant director of the activities office at the American International School Vienna, DeForest this year alone launched a podcast with fellow international AD Matt Fleming in Hungary, hosted webinars and organized an online conference for athletic directors and coaches at international schools serving English-speaking students all over the globe. During the two-day Globetrottin' ADs Conference in late April, 200 participants representing 92 countries took in a combined 78 sessions from 30 different presenters over 22 hours. AB senior editor Paul Steinbach asked DeForest — a Canadian who in 2000 abandoned his own American collegiate baseball career to coach the game in Austria — for a quick conference recap.

Where did the idea for an online conference come from?
It started with a podcast that we wanted to launch in the new year to reach and connect international ADs, because we are all over the world. Everything was so random. A webinar here, a webinar there. It was a bit overwhelming for a lot of people, considering the time zones. I thought, we've all had conferences cancel. Let's do an online conference, and let's make it available as long as we can to give people in Asia a chance to get on and then through Europe and into South America and North America. It was packed because we wanted to hit all those time zones.

From conception to conference, how much time did it take to organize?
It was just under three weeks — 19 days — building the website, the schedule, trying to make the logistics work and to get as many people involved as we could.

How did you make it happen so quickly?
I'm very organized, I think, and when I think something's a good idea, I just go at it. And obviously my workload has slowed down, because all our activities are canceled. But I was also staying up quite late, getting it all done.

How did you get the word out?
I was lucky. I had that list of contacts that I was kind of making over the past few years. I knew one person In Asia really well, for example, so I wrote and said, "Hey, I'm doing this. Could you pass this on to all the ADs in your region?" I didn't have many contacts in Africa, but I knew one or two people. I went to them and said, "Hey, let all of the African ADs know about this, and get me their emails." My big worry was two-fold. Either there would be way too many people, and it wouldn't have that sharing question-and-answer possibility, or there wouldn't be enough people and it wouldn't be worth all the time I was putting in. It turned out to be right in the middle. So, I didn't want to market it more than directly to those athletic directors. And a lot of them shared. I shared it with all of the coaches at my school, because there were a lot of things for coaches, as well. So, it grew just enough.

What topics were covered?
A lot of it was leadership-based things. How can we do the best for our coaches, depending on our situation? A lot of us don't have professional coaches — just people who are there — so how to make our coaches better. Post-season surveys. How to promote your school. How to get more athletes involved. I would say 75 percent were general things that you would get at any conference at any time of year. And then about 25 percent were what are we doing now, what could we be doing better at this time? Some people were saying, "We don't want to talk about what's happening right now. We want to hear about other things to get our mind off all the stuff that's happening." A lot of people mentioned that it was good to have all these different topics, and not just how this virus is affecting us.

Are there topics that naturally transcend borders?
There definitely are. I actually did a survey last year when I started to bring this community together. What are international school ADs worried about? What's at the top of their list, and what's not so important? Generally, across the board, it's getting quality coaches and getting students to participate. A lot of the schools are smaller, so really to get the kids out there to play, to be able to have teams. And a lot of our seasons are short. The kids don't go on to play, or even want to go on to play, college athletics. It's not a big draw. The level of athletics is not very high, so we're usually stuck with who we can get as a coach. So, trying to get the most out of our coaches while we have them, is one of the main — if not the main — topic.

Sports interests must be different from one country to the next.
I would say that almost every school around the world has these few core sports — soccer, volleyball, basketball — and then cross country, some sort of track and field. And then there are these fringe ones. We have a baseball team, but the next school with a baseball team might be an eight-hour train ride away.

How do you compete?
We'll play against local clubs. We're lucky in Vienna, there's a couple other international schools, so for those core sports, like soccer, volleyball and basketball, we'll play them. And then you fly to your conference tournament at the end of the year. So right now, we're hit especially hard, not being able to travel. We're looking into canceling all our tournaments for next fall, as well. We would typically fly to London, or Athens, for the year-end tournament.

Is money involved in the Globetrottin' ADs Conference?
No, absolutely not. This was free. This was just fun. Obviously, I wanted to learn, as well. I wanted some personal development, so I got to tailor this to things I was interested in to help myself. But there are no plans to make it a business — at this time, anyway. We didn't pay any of the presenters, so the conference just had a really open, relaxed feel to it.

How do you make it feel less like a Zoom meeting?
We were trying to think of what we could do to make it feel like a conference. We had opening and closing keynote sessions. We had a social. We had trivia to close it off. Those are the extra things, all those fine details, that an in-person conference has, but we're in our basements.

Was there a lot of back-and-forth online?
Absolutely. We kept the presentations to a maximum of 40 minutes, and then 20 minutes were for Q&A. That was what made it really nice, because people were asking questions all the time. You would see people in different sessions, and it was fun the way that I interacted with people who I've never seen before those two days. Now they're in three sessions and we're having a bit of communication back and forth, and then by the end, I felt like I really knew them.

Is the conference going to become a regular thing?
I think so. I sent a survey out to everyone, and I'm just starting to go through it. Every person is asking, "When's the next one?" The next one will be easier to organize. The first one went off without a hitch. Well-organized. Well-attended. But I think we're looking at doing one in fall. People in the survey are asking, "Hey, for the next one, can I do this?" I think I'll be turning people away for the next one.

Sounds like you're making the world a little smaller.
Absolutely, and that was the goal. The goal for the podcast for Matt and I was just really to bring this global community together, to be able to share and make all of us better. We didn't know if anyone would listen to the podcast, or care, because the market isn't that big. It's only a few hundred schools scattered around the world. But because it's only a few hundred schools, we need this. We need to be able to share and learn, because you might be one AD in one country and have no one to really relate to. It just kind of blew up, I would say, while we're all home and looking to connect.

This article originally appeared in the June 2020 issue of Athletic Business with the title "International school AD cultivates global community." Athletic Business is a free magazine for professionals in the athletic, fitness and recreation industry. Click here to subscribe. 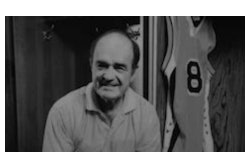