Brigham Young University athletic director Tom Holmoe is speaking out after racial slurs were director toward a Duke University volleyball player during a match Friday.

Salt Lake City's CBS affiliate KUTV spoke with Holmoe on Monday and asked him how he felt knowing this happened during an event on his watch.

"You asked me how I feel — I feel sick. I feel very sad that there’s an individual woman on their team, as well as other young players of color, and for that matter all members of their team that had to hear that," Holmoe said.

As reported, Duke sophomore Rachel Richardson said a spectator heckled her during the volleyball match as part of BYU's doTERRA Classic at Smith Fieldhouse. A record 5,507 people attended the match.

Holmoe said that while the athletic department has been educated and trained for the last year and a half on racial issues, more needs to be done.

"But I think it has to expand more to our campus, more to our local community, the rest of the state. This is going to happen around the country, and people have to be prepared to know how to deal with it at that specific time, and have some policies and procedures and some other things in place that we can talk about so things in the future will not turn out the way that they did in the past," Holmoe said.

When asked what kind of issues are being discussed on BYU's campus right now, Holmoe said one of the most important issues he thinks is that everybody has to be invested in anti-racism to make it go forward.

The university ultimately did not find the offender until after the game, and then eventually action was taken.

Holmoe said they plan to do more to make sure their Fan Code of Conduct is emphasized and said consequences for violating it will be so stiff that everyone will understand racial slurs and that inappropriate behavior are not acceptable, KUTV reported. 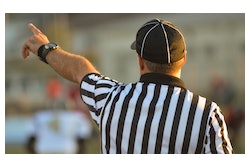 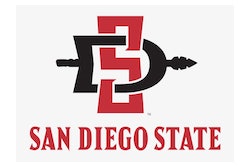 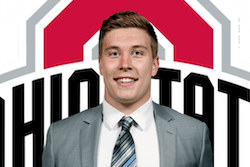 There was the accusation, the outrage, the punishment, the mea culpa among top administrators, and finally (it seemed) the constructive exchange between athletic director and alleged victim. Now come new questions.
September 1, 2022
Page 1 of 55
Next Page
AB Show 2022 in Orlando
AB Show is a solution-focused event for athletics, fitness, recreation and military professionals.
Learn More
Buyer's Guide
Information on more than 3,000 companies, sorted by category. Listings are updated daily.
Learn More