Two decades into the 21st century and women are still breaking glass ceilings in sports. Midwest-born broadcaster Lisa Byington has been shattering industry glass for years. This year alone, she became the first woman in history to call play-by-play during NCAA men’s basketball tournament. Months later, Byington was named the first full-time play-by-play announcer for an NBA team, the 2021 NBA Champion Milwaukee Bucks.

Byington talked about grunt work and glory jobs with AB editor Tabatha Wethal in September, roughly a week after the Bucks announcement, and by then, sports media veteran Kate Scott had been announced as the second full-time female play-by-play announcer for a major men’s professional sports team as the new voice of the NBA’s Philadelphia 76ers.

If you like the show, please take a moment to give it a rating or review, or share it with a colleague. 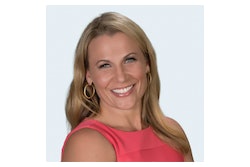 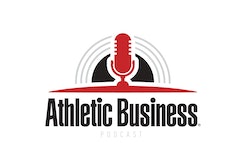 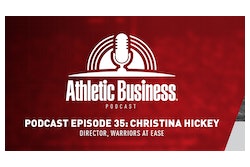 The Savannah Bananas have emerged as a TikTok sensation, garnering more than three million followers to Banana Ball — the team’s unique brand of baseball. As owner and ringleader of the Bananas, Jessie Cole has managed to deliver an experience that...
September 29, 2022

In this episode of the Athletic Business Podcast, Andy speaks with Ben Barnett, president and CEO of BodhiSport, a new tech platform that helps athletes and teams identify and understand sport and position-specific cognitive talent...
February 16, 2022

Lisa Byington, the Milwaukee Bucks' new play-by-play announcer, discusses her career as a broadcaster and how she's approaching her new position.
October 18, 2021

We're fresh off AB Show 2021 in San Antonio and ready to get back to podcasting. In this episode of The Athletic Business Podcast, Andy speaks with Christina Hickey, director and staff instructor for Warriors at Ease, a non-profit that offers training...
November 11, 2021
Page 1 of 1
Buyer's Guide
Information on more than 3,000 companies, sorted by category. Listings are updated daily.
Learn More
AB Show 2023 in Baltimore
AB Show is a solution-focused event for athletics, fitness, recreation and military professionals.
Learn More