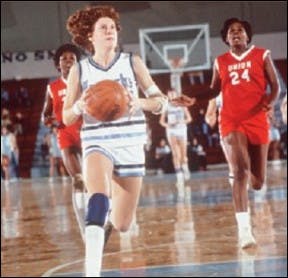 Between 1906 (when the NCAA was created for the sole purpose of making football safer) and 1978, most of the lawsuits against the NCAA challenged the organization's eligibility requirements. Starting in the late 1970s, however, as it expanded its role in intercollegiate athletics and television began to pay big money for broadcast rights, the NCAA has repeatedly had to defend itself against myriad legal challenges. Most notably, the NCAA has regularly been alleged, in a variety of ways and by a variety of plaintiffs, of wielding monopoly power in its administration of intercollegiate athletics.

The first major antitrust lawsuit to target the NCAA, AIAW v. NCAA [735 F.2d 577 (D.C.Cir. 1984)] had as its genesis the 1972 passage of Title IX. Historically, the NCAA had had very little interest in women's athletic programs. In fact, when Congress was debating Title IX, the NCAA fought very hard against it. Even after the law's passage, the association lobbied Congress to limit the impact it would have on men's college athletic programs.

The NCAA's longtime neglect of women's sports had a consequence - the 1971 founding of a separate organization, the Association for Intercollegiate Athletics for Women, to oversee women's intercollegiate athletics. By 1980, the AIAW had grown to 971 institutions, held 41 national championships for women in 19 sports and signed a television contract with NBC.

Having failed to defeat Title IX in the halls of Congress, and faced with the reality that women's athletics were here to stay, the NCAA decided instead to bring women's athletics under its control. At the 1980 NCAA Convention, the membership voted to support championships for women. At its 1981 convention, it also allowed women a voice in the organization by voting to expand the NCAA Council and allocate four slots to women.

After the 1981 convention, the majority of AIAW institutions quickly abandoned the organization and joined the NCAA. Faced with declining membership, and the resulting loss of television and sponsorship revenue, the AIAW folded.

In the wake of the NCAA's actions, the AIAW in 1982 filed suit against the NCAA, claiming that it had used its monopoly power in men's athletics to illegally take over women's athletics in violation of the Sherman Antitrust Act. Although the courts in 1984 sided with the NCAA, the organization - in cases ranging from Cohen v. Brown University [101 F.3d 155 (1st Cir. 1996)] to Smith v. NCAA [525 U.S. 459 (1999)] - has spent the past 18 years in court over the role of women in college athletics.

T he second major antitrust lawsuit faced by the NCAA, NCAA v. Board of Regents [468 U.S. 85 (1984)], involved televised football contests. Beginning in 1952, the NCAA, worried about the impact television would have on attendance at college football games, developed a plan to control how football games were broadcast. The NCAA television plan attempted to minimize the adverse effect of television on attendance by setting a limit on the number of football games telecast nationally (12 games a year) and the number of times a college football team could appear on live television (one televised game per year). By combining all the colleges into one football package, the NCAA was also able to increase the bargaining power of the schools.

Not everyone was pleased with the NCAA's plan, however. Some of the large football schools were unhappy because they wanted the ability to sell the rights to their own games, while other schools wanted to eliminate or reduce the restrictions on the number of times their football teams could appear on television. In an attempt to break away from the NCAA's control, the University of Oklahoma Board of Regents and the University of Georgia Athletic Association filed a lawsuit arguing that the NCAA's plan constituted illegal price fixing and a restraint of trade in violation of the Sherman Antitrust Act. The NCAA, meanwhile, argued that the plan's benefits to attendance and competitive balance (on the field and in recruiting) outweighed any of the plan's anti-competitive effect.

In a 7-2 decision, the U.S. Supreme Court ruled that the restraints imposed on individual colleges and universities by the NCAA were unreasonable and violated the Sherman Antitrust Act. In reaching its decision, the Supreme Court found that the NCAA, by curtailing output and blunting the ability of member institutions to respond to customer preferences, restricted rather than enhanced the place of intercollegiate athletics in the nation's life. The court also ruled that the plan's limitations constituted a restraint on the operation of a free market in violation of the Sherman Act.

The impact of the Supreme Court's decision has been profound. Since 1984, college football has greatly increased its exposure. This has benefited not the NCAA - which as a result of the lawsuit is no longer able to receive any of the revenue generated by the sale of its college football television contract - but the schools and conferences, which now receive the money directly. The NCAA has more than made up for lost football revenue through its multi-billion-dollar sale of the television rights to the Division I men's basketball tournament. But unlike 1978, when the NCAA derived the majority of its revenue from college football, in 2002 the NCAA derives the majority of its revenue ($6 billion over the next 11 years) from March Madness.

The next major antitrust case involving the NCAA, Law v. NCAA [134 F.3d 1010 (1998)], came about after the NCAA decided in January 1991 to limit the annual compensation of certain Division I coaches to $16,000, $12,000 during the academic year and $4,000 during the summer. In passing the restricted-earnings rule, the NCAA claimed it was necessary to produce competitive intercollegiate sports. In particular, the NCAA claimed that the salary limits were reasonable and provided a competitive benefit because it retained entry-level coaching positions, reduced costs and maintained competitive equity.

Basketball coaches affected by the rule filed a class action suit challenging the restriction under Section 1 of the Sherman Antitrust Act, claiming that the restrictions constituted an illegal restraint of trade. In rejecting the NCAA's justifications for the rule, the Tenth Circuit Court ruled that the NCAA failed to show a) that preserving entry-level positions served a legitimate competitive benefit; b) that the limits on coaches' salaries would be successful in reducing athletic department deficits, let alone that such reductions were necessary to save college basketball; or c) that the rule would enhance competition or reduce coaching inequities. As a result of the court's decision, the NCAA lifted the earnings restriction on the position and agreed to pay the coaches $54 million in damages.

The most recent antitrust case involving the NCAA, Black Coaches Association et al v. NCAA, was filed this March in Federal District Court in Columbus, Ohio. Filed on behalf of a group of basketball promoters for such events as the Black Coaches Association Basketball Classic, the Great Alaska Shootout, the Maui Invitational and the National Invitational Tournament, the suit charges the NCAA with improperly using its market position to force other basketball tournaments out of business.

When these preseason tournaments started some 20 years ago, the NCAA ruled that no matter how many games a team played in any one tournament, it counted as only one game against the maximum limit that a team could play each season (currently 28). The original intent of the exemption was to give teams in Hawaii, Puerto Rico and Alaska more home games. In an effort to gain control of these increasingly lucrative tournaments, the NCAA recently passed two rules. The first, the "two-in-four" rule, states that a team can play in a preseason tournament twice in any four-year period. The second states that all games played during such a tournament will be counted toward the maximum number a school is allowed.

In challenging these rules, the plaintiffs claim that the rules are an illegal restraint of trade that will have a negative impact on their products, since there are not enough big-name schools from the power conferences to support all of the preseason tournaments. In particular, the plaintiffs argue that for a basketball tournament to be financially viable, it needs to have at least two big-name basketball schools that attract fans, television coverage and sponsorships. Their presence also attracts smaller colleges, since it is usually these schools' only chance to play top-25 schools on a neutral site, and enhance their chances of being invited to the NCAA tournament. Without the big schools, there is not much incentive for the smaller schools to participate in the tournament, either.

In addition, the plaintiffs argue that since big schools will be reluctant to give up the money they can earn from two or three home games (as compared to playing games on a neutral court), the rules will lead big-name schools to withdraw from the events.

The NCAA insists the new rules have a competitive benefit and will help spread around participation in the tournaments between a wider range of schools, promoting competitive equity rather than tournaments dominated by the major programs. This argument, however, ignores the fact that with fewer big-name schools, there will be fewer tournaments, thereby diminishing opportunities, not increasing them.

While the NCAA has at least temporarily backed off on the "two-in-four" rule, the outcome of the case could have an enormous impact on college sports. If the NCAA wins, it and the schools from the big athletic conferences will solidify their power over schools from the mid-major conferences. In addition, an NCAA win would also sound the death knell for many of the tournaments listed as plaintiffs in the case.

Should the NCAA lose, it could be the first battle of a larger power struggle within the association between schools from the power conferences that want to keep all the money to themselves and the smaller schools that are trying to get a piece of the pie.

If one thing has changed over the past 25 years, it is that the courts regard the NCAA with a much keener eye. The courts recognize what has been apparent to many different plaintiffs over the years - that college athletics is big business - and are more willing to examine any NCAA rule that could have an economic impact on the business of college sports.