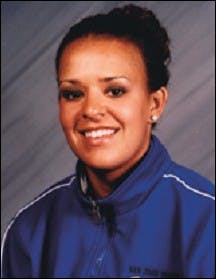 In an effort to improve the graduation rates of athletes at Division I schools and address the perception that colleges were exploiting athletes, the NCAA in 1986 began to adopt eligibility criteria. The first bylaw adopted by the NCAA, Proposition 48, required incoming athletes to have a minimum high school grade-point average of 2.0 and a minimum 700 score on the SAT in order to practice, play and receive an athletic scholarship. Following the implementation of Prop 48, graduation rates among athletes, especially among black athletes, increased.

In 1992, the NCAA modified Prop 48 by adopting Proposition 16. Prop 16 increased the number of core high school courses in which an athlete must have a minimum GPA and determined athletic eligibility based on a formula that combines an athlete's GPA and (higher) standardized test scores. In essence, Prop 16 placed a greater emphasis on standardized test scores than did Prop 48. Athletes who fail to meet the eligibility criteria as freshmen are ineligible to compete in athletics during their freshman year, but may compete in varsity athletics beginning with their sophomore year, provided they meet other minimum academic criteria.

Although the NCAA adopted Prop 16 to improve the graduation rates of black athletes, the rule - which critics claim is unfair to African-Americans - has been under attack since the day it was adopted. The latest challenge occurred in February 2000, when Kelly Pryor and Warren Spivey filed a lawsuit [Pryor v. NCAA, 288 F.3d 548 (3rd Cir. 2002)] claiming that the NCAA, in violation of Title VI of the Civil Rights Act of 1964 and 42 U.S.C. § 1981 (1994), intentionally adopted Prop 16 because of the adverse impact it has on black athletes seeking college scholarships.

Pryor and Spivey, both of whom are African-Americans, were recruited to play college athletics. As part of the recruitment process, every athlete who receives an athletic scholarship must sign a National Letter of Intent. Each NLI contains a condition that renders the agreement void if an athlete fails to meet the eligibility requirements established in Prop 16. Since neither Pryor nor Spivey met the Prop 16 requirements, they both lost their freshman year of athletic eligibility.

Finally, Pryor and Spivey argue that the complaint and attached exhibits demonstrate that the NCAA considered race as one of its reasons for adopting Prop 16, with the NCAA stating explicitly that it believed the adoption of this policy would increase the graduation rates of black athletes relative to white athletes. In other words, Pryor and Spivey claim that the NCAA purposefully discriminated against black athletes by adopting a policy with the intent to reduce the number of black athletes who could qualify for athletic CIRCLE 15 ON REPLY CARD SPORTS LAW REPORT scholarship aid.

In response to Pryor's intentional discrimination claims, the NCAA asserts that both the complaint and the exhibits show only that the NCAA intended to help black athletes by adopting Prop 16, not harm them. The NCAA also claims that U.S. Supreme Court precedent, as well as rulings by other circuit courts, consistently absolves decision-makers from purposeful-discrimination liability so long as their intent was "benign" or "laudable."

As to the plaintiffs' Section 1981 claim, the NCAA argues that because the NLI contained a condition about meeting the eligibility requirements in Prop 16, the NCAA did not deprive plaintiffs of the right to make or otherwise enjoy the benefits of their respective NLI contracts. In other words, because Pryor and Spivey failed to meet a condition of their own agreement, the NCAA did not prevent them from enjoying the benefits of their NLI contract.

In overturning the district court's decision, the Third Circuit Court of Appeals ruled that Pryor and Spivey, by including allegations and evidence that the NCAA was considering race when it adopted Prop 16, had successfully alleged more than a disparate-impact claim. In support of its decision, the Third Circuit pointed to evidence showing that the NCAA sought to achieve its stated goal of improving graduation rates by using a system (Prop 16) that would exclude more African-American freshmen who, in the past, might have qualified for scholarships. It was therefore possible, the Third Circuit concluded, to infer that the NCAA knew that Prop 16 would screen out more black athletes than white athletes, and adopted it anyway, as a way of discriminating against African-Americans while still seeming well-intentioned.

As for the NCAA's "laudable" goals, the Third Circuit ruled that it was not the case that a claim for purposeful discrimination could stand only if the accused decision-maker had bad intentions. In fact, the Third Circuit found that, well-intentioned or not, a law or policy that purposefully discriminates on account of race is presumptively invalid and can survive only if it withstands strict-scrutiny review. Under a strict-scrutiny analysis, the NCAA would be required to show that the organization had a compelling interest in using a race-based classification, and that Prop 16 and other eligibility criteria were narrowly tailored to achieve that compelling interest.

The Third Circuit ruled that Pryor and Spivey's Section 1981 claim must stand, as well. Because the standard for establishing an "intent to discriminate on the basis of race" is identical in the Title VI and Section 1981 contexts, the Third Circuit ruled that it was impossible for Pryor and Spivey to legally consent or otherwise agree to a contract term or condition (the condition of complying with Prop 16's academic requirements) if that condition was itself the product of purposeful racial discrimination.

What does the Third Circuit Court's decision in Pryor mean? First, it is important to note that while Pryor and Spivey won this round, they did not win the lawsuit. The case will now return to district court, where in order for Pryor and Spivey to recover under Title VI or Section 1981, they must show intentional discrimination on the part of the NCAA. In other words, Pryor and Spivey need to demonstrate that the NCAA adopted Prop 16 "because of" (not merely "in spite of") its adverse effects upon an identifiable group.

What happens if the district court finds that the NCAA adopted Prop 16 based on race, and the NCAA is unable to meet the requirements of a strict-scrutiny analysis? The most obvious impact of such a decision is that the NCAA will no longer be allowed to use Prop 16 to screen incoming athletes. In fact, the NCAA would not be allowed to use any eligibility criteria that considers race, or that places a greater emphasis on standardized test scores like the SAT or ACT. While this would be good for marginal or academically weak athletes, since it would allow more of them to receive athletic scholarships, it could be a disaster for the NCAA and college athletics. Without standard eligibility criteria to screen out academically weak athletes, college athletics will take another step toward showcasing professional athletes, not students.

Attorney John Wolohan (jwolohan@ithaca.edu) is an associate professor of sports law in the sports management program at Ithaca College.