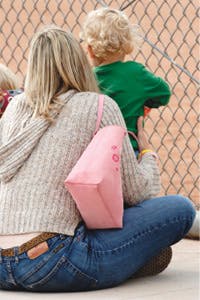 While visiting a park to watch her son play in a baseball tournament, Shelly Benoit broke her ankle when she stepped into a hole. As a result of her injuries, Benoit, citing negligence, sued the City of Lake Charles, La., which owned the park and baseball field, and the United States Specialty Sports Association (USSSA), the organization hosting the tournament.

The City of Lake Charles argued that the issue of negligence was irrelevant since it was immune from liability under Louisiana's recreational immunity statute (La.R.S. 9:2795). Benoit, however, argued that Louisiana's recreational immunity statute was inapplicable because the injury did not occur in a "true outdoors" setting, but instead occurred in a developed city park. The trial court agreed with Benoit, and the city appealed.

Benoit v. Lake Charles [907 So. 2d 931 (La. Ct. App. 2005)] is a good example of the impact of recreational immunity statutes and the legal issues involved when a spectator is injured while using your facility or property.

As a general rule, recreational immunity or recreational user statutes are designed to encourage private landowners to open up their lands for public use and recreation. In exchange for opening these lands to the public, the statutes provide landowners with limited liability or immunity from any personal injury lawsuits that may result from the public coming onto the land.

Traditionally, recreational use statutes had four common characteristics. First, the protection was available only to private landowners. Second, the landowner could not charge a fee for admission onto the property. Third, the land would have to be unimproved, or rural land retained in its natural condition. Four, the only obligation the landowner would have to those entering the property under the statute would be to provide a warning of any known concealed danger that is not obviously apparent to those using the land. The owner had no duty to warn of open and obvious hazards, nor did he or she have a duty to warn of conditions that are unknown to him or her.

Relying on the traditional characteristics of recreational use statutes, Benoit argued that since she was charged a fee and that the land was public, developed and not in its natural condition, the City of Lake Charles could not hide behind Louisiana's recreational immunity statute. However, Louisiana's recreational immunity statute, as with such laws in many other states, no longer holds to such limited applications, as The Court of Appeal of Louisiana noted in citing the statute's specific language: "An owner of land . who permits with or without charge any person to use his land for recreational purposes . does not . incur liability for any injury to person or property caused by any defect in the land regardless of whether naturally occurring or man-made."

While the language is seemingly clear, the court still needed to answer three questions before it could rule that the statute applied. First, did the park and ball field fall under the statute's definition of land? Second, was baseball a recreational activity under the statute? Third, did the admission fee paid by Benoit void the immunity?

In addressing the first question, Benoit argued that the park and field were not covered under Louisiana's recreational immunity statute because the land was in a developed city park. In rejecting this argument, the court concluded that the definition of land contained under the statute was sufficiently expansive so as to cover public parks. The statute's language, the court noted, specifically provides that the statute's limitation of liability "shall apply to any lands, whether urban or rural, which are owned, leased, or managed as a public park by the state or any of its political subdivisions and which are used for recreational purposes."

As for the final question, Benoit argued that recreational immunity did not apply to the city since the tournament was a commercial enterprise. In particular, Benoit pointed to the statute's language indicating that the immunity provision is not applicable to "an owner of commercial recreational developments or facilities." In support of this argument, Benoit pointed to the fact that she paid an entrance fee ($3, plus $2 for each of her children) to attend the baseball tournament.

In rejecting this argument, the court found that the tickets were sold by USSSA, not the city. In addition, the court found no evidence indicating that the city charged the tournament organizers a user fee. Finally, the court ruled that even if a fee were charged by the city, this would not necessarily indicate that it was operated as a commercial enterprise within the terms of the statute. Specifically, the court went back to the statute's language extending the immunity to an owner of land who permits with or without charge any person to use his land for recreational purposes. Even if the city charged a reasonable admission fee, the court concluded, the immunity would still be applicable.

It would be easy to dismiss the Benoit decision as having limited value, since it reflects the view of only one state court. However, this would ignore the nationwide trend away from the traditional concept of recreational immunity. Far from being limited to private owners of undeveloped land, the statutes now increasingly provide immunity to owners of developed recreational facilities such as athletic fields, playgrounds and swimming pools.

In justifying the expansion of recreational immunity, the courts point to the original intent of such statutes. However, this shows just how far afield the courts have gone in this area. While a growing number of courts are willing to grant immunity as long as the land in question is used for recreational purposes, it is worth noting that Shelly Benoit was not using the land for recreation - she was only there to watch her son play baseball.