Business owners and lobbyists fight to prevent the taxation of fitness center memberships.

It is often said that success has many fathers, and even though Pennsylvania Senate Bill 854 hasn't yet been signed into law, let alone succeeded at anything, lawmakers all over the state began lining up to take credit for it as soon as it was first drafted. The names of 22 senators appear at the top of the bill, which promises "property tax reform" to Pennsylvania residents.

Local newspaper accounts cite State Sens. Charles Lemmond (R-Dallas) and Raphael Musto (D-Pittston Township) as having helped introduce the bill, but the first of the 22 senators listed on the bill is Sen. Gibson Armstrong (R-Lancaster), its author. To Armstrong's chagrin, SB854 got derailed this winter when, soon after it was passed by the Senate, the Pennsylvania House drafted its own version of the bill that included many amendments, one of which was a provision that would levy a sales tax on memberships and professional services such as those offered by for-profit and nonprofit fitness centers. Armstrong's secretary, Amber Latsha, fingers House Rep. Mario Scavello (R-Stroudsburg) as the primary culprit. "Scavello put amendments in that bill and changed it severely," she says. "It wasn't what my boss wanted it to be, and our constituents were not happy."

Latsha's remark qualifies as an understatement. Fitness center operators, from health clubs to YMCAs, came out of the woodwork to oppose the bill, as did nonprofit organizations (such as the United Way) whose fund-raising programs would, similarly, be taxed. After scores of constituents and outside lobbyists testified at a January hearing before Pennsylvania's Committee on Legislation, SB854 was headed back to a conference committee, where it was debated by members of both the House and Senate in an effort to find some sort of compromise. Though a vote on the measure had been expected as early as April 3, none had taken place as of this writing.

The ongoing story of SB854 underscores both the mysteries of the bicameral system of government and the reason why organizations such as the International Health, Racquet & Sportsclub Association are so vigilant in policing it.

"With taxes," says Helen Durkin, IHRSA's director of public policy, "the work is never done. Legislators get desperate, and they'll do whatever they think they can get away with doing."

Twenty-four states tax health club dues in some fashion, twenty-six don't. That the dues-tax map (left) is reminiscent of the national electoral picture, with just six states "in play" - Pennsylvania and Arizona are attempting to tax dues, while repeal efforts are pending in four states - is probably no coincidence, as there are few legislative exercises as inherently political as tax reform.

"It's not tax reform, it's tax shifting," charges Joe Geiger, executive director of the Pennsylvania Association of Nonprofit Organizations (PANO), another of those who testified before the state legislature. "They're trying to reduce the burden on property tax owners by spreading it out over different ways. They're just changing who's going to pay tax, and how."

Durkin says that most of the states that tax membership dues began doing so long ago. "Most passed before the industry did anything to speak up," she says. "We were just easy targets in times of economic downturn."

And legislators didn't always make it easy for awareness to spread. The state Durkin recalls as having "the most novel approach" was Washington, which hid the dues tax in a tax bill aimed at raising money to combat teen pregnancy.

But then, it isn't rare for club membership to be lumped in with unlikely sales-tax targets such as cigarettes (New Jersey, among others) or "amusements" (South Carolina, South Dakota, Texas and Vermont). In some cases, the pairing is just a matter of legislative convenience; in others, it's clear that lawmakers view health-club membership as something that people do for reasons other than maintaining a healthy lifestyle. "You hear people say, 'Well, it's only affluent people who are using health clubs, so let them pay,' " says Durkin.

IHRSA's primary tactic in combating the tax in the battleground states is to remind legislators of the health benefits of regular exercise, and the rapid explosion of health insurance costs as a result of inactivity. "If you're worried about obesity, health care and health promotion issues," Durkin says, "it doesn't make a lot of sense to make it harder for people to exercise."

Such arguments make the upside for government hard to fathom. Pennsylvania lawmakers contacted by AB were unwilling to comment until the House and Senate were able to reconcile the two bills, but both Geiger and Durkin suggest that the amount of money available to the state through taxing memberships would pale in comparison to, say, taxes on cigarettes. Durkin says that states can sometimes be convinced to drop memberships from proposed tax bills because the numbers are low - and yet, states that already have such taxes in place are hesitant to drop them because, whatever the amount of revenues, repealing a tax would mean finding revenues elsewhere to offset the loss.

Figures that might shed some light on how much money a state could gain are "highly speculative," Geiger says, as are estimates of how such a tax would impact membership sales. "There were some high-level legslative staffers throwing numbers around," Geiger adds. "They didn't get real specific."

As winter turned to spring with no word on how the state would come up with a compromise tax bill, club owners and nonprofit fitness providers were instructed by their national umbrella organizations to "keep the pressure on." Although several senators initially made clear their intention to fight for the removal of the dues provision, it was just as clear that anything could happen. So IHRSA, the YMCA of the USA and other groups urged local fitness center operators to write and call their state representatives (IHRSA even supplied its member clubs with "talking points").

The more than 2,000 e-mails that Pennsylvania legislators received from club members on one winter day had a profound effect on SB854's direction, but Durkin says that such victorious moments are fleeting once a tax becomes law.

"The track record for repeal is just not that good," Durkin says. "Connecticut passed a tax on dues in the early '90s, when I was new to IHRSA, and we've been trying to repeal it ever since. Even when it hadn't been in place very long, we'd go to the statehouse and wouldn't be able to find anybody who said they voted for it - and we still have had a difficult time trying to repeal it. It's a real uphill battle." 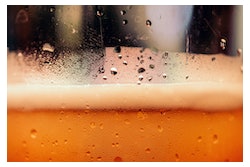