Children and Adults Learn to Coexist in a Boys & Girls Club

It isn't easy for children and adults to coexist within the walls of one Boys & Girls Club. 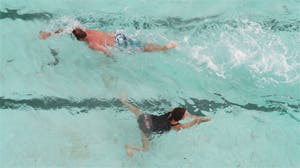 West End House of Allston-Brighton, Mass., is a bit of an anomaly in the world of Boys & Girls Clubs. To begin with, the facility still bears the name of its former neighborhood, six miles away, from which the turn-of-the century club moved in 1971. In addition, although the original organization was formed by a group of immigrant boys (and its clubhouse built by a philanthropist "impressed by their self-motivation," according to the club's web site), the facility had long been a fitness and recreational mecca for neighborhood adults as well as children.

That ended last fall, when the club's board of directors and its executive director, Andrea Howard, barred adults from the club. According to published reports (Howard, through a club spokesperson, declined AB's request for comment), a budget crunch forced the club to cut staff, services and the adult health club. Prior to the board's action, the pool opened at 6 a.m. on weekdays, and more than 150 adult members swam and exercised through the middle of the afternoon, when children started arriving from school.

Simmering anger from the displaced adults boiled over this spring, when former members began receiving invitations to the West End House's gala centennial fundraiser. Many of them had contributed to a major renovation in 2002 that included $2 million earmarked for adult services such as locker rooms, a fitness center and an "Alumni Room," according to The Boston Globe. "The board will always focus on children first," Howard told the paper.

Accommodating both children and adults is tricky in the world of Boys & Girls Clubs. Brian Hill, director of public relations for the national organization, notes that while many clubs run family support programs such as classes devoted to financial planning, very few offer dedicated adult programming of any kind.

"Recreation is at the core of what we do," Hill says. "We've got 3,700 clubs across the country and on military bases around the world, and a lot of them are involved in social or physical recreation activities designed to teach children how to interact with each other or just to get them up and moving. You may find rock climbing at some, swim programs at others or basic gymnasium activities such as tag and relay games. Whether they offer adult fitness depends mostly on the availability of space, and then it's just an additional service that they offer. It's not really our mission."

Another determinant of adult-program availability is the career arc of each individual club's executive director. Roy Nagy, who holds that position at Billerica (Mass.) Boys & Girls Club, ran a YMCA in Cambridge, Mass., for four years, and he brings to his job a different sort of mind-set.

"Boys & Girls Clubs tend to remain dedicated 100 percent to programming for kids; they don't want to bump kids out of the gym or pool for adults," Nagy says. "YMCAs, on the other hand, will try to juggle the schedule to keep everyone happy. I actually learned a lot of tricks from the Y that I've been applying to this place. For example, Ys do an exceptional job with child care and also have their pools going nonstop, whereas Boys & Girls Clubs tend to have a lot of downtime in their pools. I implemented a much more aggressive swim program, which has grown tremendously."

Matthew Dechane, a former health club employee who is now director of program services at the Waltham (Mass.) Boys & Girls Club, says the Waltham club for years had a small weight room with selectorized equipment, free weights and a couple of treadmills. However, the weight room was recently eliminated from the program, leaving the gym and pool as the only areas available for as many as 40 adult members, and then only when children are not present. If the demise of the weight room is any indication, Waltham seems bent on differentiating itself from other fitness and recreation providers.

"The vast majority of Boys & Girls Clubs would say that when kids are in the building, no adults should be in the building unless they're volunteering to help with homework or to coach basketball," Dechane says, naming safety as the biggest concern. "We run criminal background checks on all staff and volunteers. If we had a space where adults could be in their own room, that might be different. The Y has a children's locker room and adult locker rooms, but we have one common locker room."

Nagy agrees. "The problem for us is space," he says. "We're hoping to make some renovations, but even then we wrestled with the concept of doing a health club-type of thing. After a lot of discussion, my board and I decided not to go that route."

Monica Collins of The Globe noted the irony of a banner hanging outside the West End House that reads, "Family and Community." Plans were under way for up to 120 former adult members to hold a candlelight vigil on the evening of the fundraiser "to commemorate the memory of an organization that once served the entire community."

That kind of decision - embittering your donor base in the interest of homing in on your larger mission - is not one that many administrators enjoy making. But most Boys & Girls Clubs heads take that mission very seriously, and are careful not to encroach upon it.

"We're here mainly to serve kids," says Dechane, pointing out the difference in his fee structure from a Y's. "Our kids pay $15 a year for a membership. We cater more to the kids from the housing projects and disadvantaged circumstances. The Y serves some of those kids, but they cater more to the middle class and up."

"If we had the money and could build a facility where there wouldn't be any bad interaction between adults and kids, that would be a different story," Nagy says. "Locker rooms - that, to me, is the issue. We had more adult programs for awhile, but we had parents complaining that we had naked guys in the locker room while their kids were in there changing. That's what drove us to cut back on adult programs more than anything. If you could strategically build a facility, there's no reason why you couldn't do both."