One on One: Consultant Dan Tudor Prepares College Recruiters

Dan Tudor targets college recruiters by preparing them to sell their school, their program and themselves. 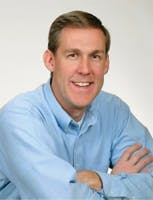 From 1997 to 2003, Dan Tudor ran one of the largest high school student-athlete promotional networks in the country. Today, he's targeting the other side of the recruiting equation: college coaches. Tudor's on-campus Selling for Coaches consultations (which can cost upwards of $10,000), his like-titled book ($20) and his dantudor.com sales training blog (free) have been embraced by athletic departments in all NCAA divisions and the NAIA since they became available two years ago. The goal is to better prepare recruiters for selling their school, their program and themselves. Paul Steinbach asked Tudor why coaches seem to be buying what he's selling.

Q: How did founding a recruiting service prepare you for this latest venture?
A: We worked with about 7,000 kids, and I had all this insight from the athletes' point of view about how they were recruited and what coaches probably could have done better. We decided to be the ones to try to help them do better. Coaches are asked to go out and basically sell, market and communicate. The irony is that they receive no training on how to do it. We take the same sales, marketing and communications training that somebody would get in a Fortune 500 company and translate it to recruiting.

Q: What can a coach expect to take away from your sessions?
A: We do a detailed, 30-page sales personality report on each participating coach based on psychological sales testing. It reveals not only how they perceive themselves, but how others perceive them. That's a huge eye-opener for a coach who can then understand his or her own personality flaws - body language, eye contact, tone of voice. We then work with them on how to be aware of those things when they're out recruiting.

Q: Are coaches reluctant to admit they may be deficient recruiters?
A: Especially those in Division I football, but we get resistance from D-II soccer coaches who are offended that we would imply that they don't know what they're doing. We're seeing, though, a lot of coaches who are saying, "I do need help. I do want to be better." A lot of coaches are just downright terrified of recruiting.

Q: What's the biggest mistake coaches make on the recruiting trail?
A: Division I football and basketball coaches, in particular, all take pretty much the same approach to recruiting, which involves blurting out as many features of their program as possible to the athlete. One of the things we train them on is the fact that athletes in most cases don't care that you won the conference championship or have a new weight room or were on ESPN so many times. That's not how they're going to make their decision. It's going to come down to a personal relationship. These are 18-year-old kids who want to feel connected. Most coaches we find don't do a good job of making that connection.

Q: How does a coach learn how to connect?
A: Step one is knowing how to get inside the mind of the athlete by asking the right questions, listening more than talking, and learning the athlete's true motivation for signing with a school. These kids want to play somewhere, but they want to play for someone who understands them. That's what we try to make the coaches understand, so they can adjust the way they recruit.