"Clearly, we have gotten to a point where fan behavior is worse than it was 20, 10 and even five years ago." 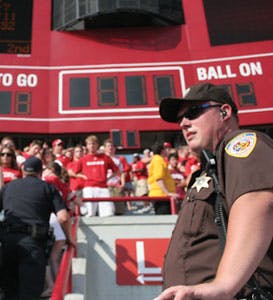 In October, the Columbus (Ohio) Dispatch published its analysis of university police reports relating to Big Ten Conference football games played in 2005. It appears that the buzz obtained by individual fans fuels more than just the roar of the crowd.

After poring over reports from all 11 conference member schools, the paper found that possession and consumption of alcohol played a role in nearly three-quarters of all fan-behavior problems at Big Ten games, and in fact was the number-one reason for ejection.

Among the other findings:

The Dispatch also highlighted measures now in place at several schools to combat excessive intoxication at games. This season, Wisconsin began revoking for one year the season tickets of fans charged with a misdemeanor or worse, or whose tickets were held by a third party causing similar trouble. Badger fans drunk enough to be taken to a county medical facility were held there for a minimum of 12 hours and likewise stripped of their season tickets.

Following the 2005 regular season, during which fans launched urine-filled bottles at the Ohio State marching band during a visit to Penn State, university officials held a fan safety summit in State College and subsequently banned tailgating while games are in progress. At Michigan State, individuals caught possessing alcohol inside Spartan Stadium are ejected and charged with trespassing, a more serious legal consequence than the typical alcohol citation. At Purdue University, alcohol-packing spectators go directly to jail - not some back-room stadium location - for processing.

"Clearly, we have gotten to a point where fan behavior is worse than it was 20, 10 and even five years ago," Murray State University psychology professor Daniel Wann, an expert on fan behavior, told the Dispatch. "We have known for decades in psychology that alcohol facilitates aggression. And we see proof of that game after game. Many of the universities and the NCAA are taking this seriously now."