Links will be available on tweets and posts that will send fans to pages where they can purchase viewing rights to a particular, individual game.

Melissa Rosenthal Brenner, the NBA’s senior vice president of digital media, told Pro Basketball Talk “We’ve spent a lot of years now cultivating an audience on social media, and when we looked at the packages we thought this would be a great way to add to our everyday storytelling on social.”

Making the game even more accessible will likely generate new revenue streams for the NBA.

With just a few clicks, and $6.99 per game (unless you’re a League Pass subscriber), fans can stream a game to your tablet or phone as it’s happening live. The NBA will become the first major sport league to offer viewing rights in this ala carte style.

The strategy takes advantage of the leagues strong presence on social media. Currently, the NBA has 17.6 million followers on Twitter, outpacing the second most popular league on Twitter – the NFL – by about 20 percent. On Facebook, the difference is even larger, where the NBA has more “likes” than the NFL, MLB and NHL combined.

Beyond the league’s own social media accounts, it’s players are also the active on social.

“It’s not just us, over 90 percent of our players — I think the exact number is 87 percent — have at least one social (media) account,” Rosenthal Brenner added. “Our teams are committed to posting great content. At the end of the day, we’re all huge fans of the game and using social to talk hoops has been a very successful strategy for us. And that includes just access.” 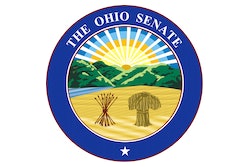 The number of student-athletes competing in NCAA championship sports in 2021-22 jumped to over 520,000, an all-time high, according to the latest data in the NCAA Sports Sponsorship and Participation Rates Report (PDF). The total number of championship...
December 6, 2022
Page 1 of 1150
Next Page
Buyer's Guide
Information on more than 3,000 companies, sorted by category. Listings are updated daily.
Learn More
AB Show 2022 in Orlando
AB Show is a solution-focused event for athletics, fitness, recreation and military professionals.
Learn More