High school athletic directors in Harford County, Maryland, will be a little lighter in the wallet this summer.

According to The Baltimore Sun, the Harford County board of education voted to reduce the summer pay rate for high school athletic directors by 25 percent to $120 daily. The measure was one of several reductions recommended by the superintendent to bring expenditures in balance with revenue.

One board member tried to restore the AD summer pay to its prior level, but the proposal was unanimously voted down.

In a dissenting opinion on the matter published by The Sun, Jennifer Perkovich argued that the measure is short-sighted and doesn’t honor the scope of an athletic director’s duties.

“During the school year, athletic directors work longer hours and get paid less than some coaches per season,” Perkovich wrote. “They also teach two classes during the day, which no other neighboring county does. They are left with very little time to actually get their work done without any assistant like many other counties have.” 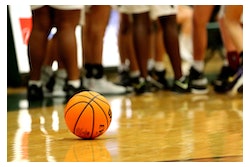 The University of California fired longtime women's swimming and diving coach Teri McKeever on Tuesday, following an eight-month investigation into allegations that she had bullied and harassed team members.
February 1, 2023
Page 1 of 1164
Next Page
Buyer's Guide
Information on more than 3,000 companies, sorted by category. Listings are updated daily.
Learn More
AB Show 2023 in Baltimore
AB Show is a solution-focused event for athletics, fitness, recreation and military professionals.
Learn More