A national park in California is expecting to spend more than 100 hours removing graffiti left by visitors. 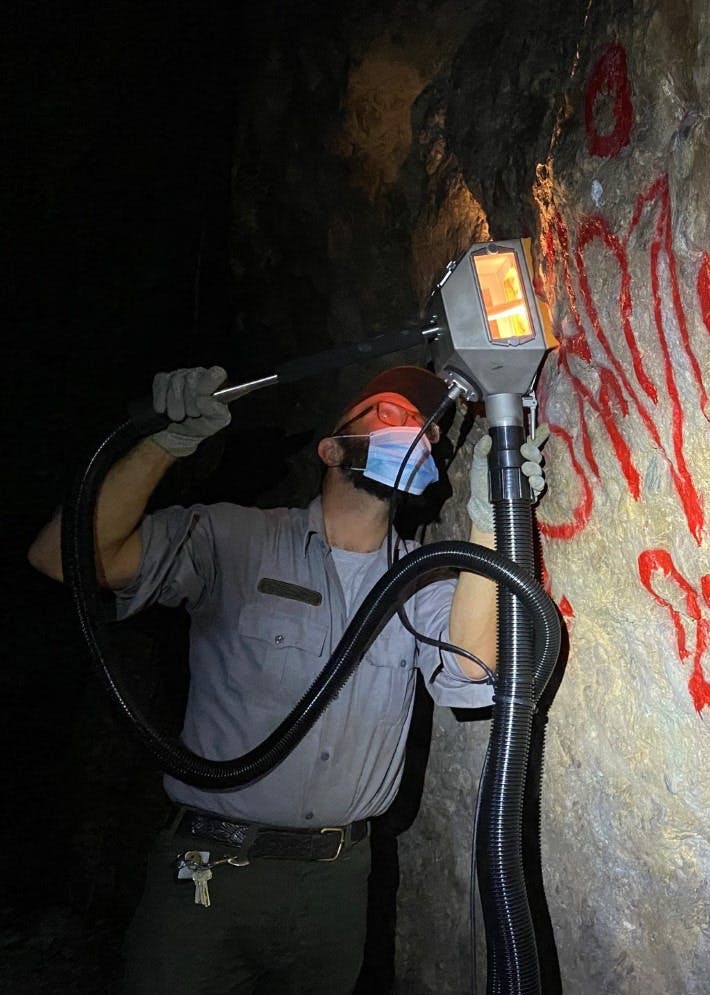 “Graffiti that took a couple of minutes to spray will take well over 100 personnel hours and 500 pounds of equipment to remove,” rangers wrote on Facebook.

The Balconies Caves consist of several passages and chambers for hikers in the 26,000-acre volcanic national park near Monterey.

Despite the inconvenience, “thoroughly removing the paint from the cave walls will benefit countless others over the many decades to come,” rangers wrote.

“This act of vandalism also provides us all an opportunity to reflect on how we care for our public lands,” Pinnacles National Park rangers said on Facebook.