Peloton on Tuesday said it is cutting thousands of jobs and replacing its CEO to help the troubled indoor cycling company rebound.

CEO and co-founder John Foley has led Peloton since its inception 10 years ago. The Wall Street Journal reported that Peloton’s value has fallen from a high around $50 billion a year ago to about $8 billion last week, before jumping Monday on news of potential suitors.

Peloton also said it will lay off about 2,800 employees, including about 20 percent of its corporate positions, CNN Business reported.

Replacing Foley is Barry McCarthy, the former chief financial officer of Spotify Technology SA and Netflix Inc., who will become CEO and join Peloton’s board.

Foley will become the company's executive chair, and wrote in a public note that the appointment is the "culmination of a months-long succession plan" he's been working on with the board.

"This restructuring program is the result of diligent planning to address key areas of the business and realign our operations so that we can execute against our growth opportunity with efficiency and discipline," the company said in a news release.

Layoffs begin Tuesday and affected employees will receive a one-year digital subscription to Peloton as part of their severance, according to CNN and WSJ.

"I love Peloton," Foley said, but he admitted the company made "missteps," including scaling its operations "too rapidly" and over investing in some areas of the business, CNN reported. "We own this. I own this and we're holding ourselves accountable," he said.

Peloton also noted that it's "winding down the development" of its factory in Ohio, which the company announced in May 2021, helping save $60 million. It noted that on-camera instructors and content "will not be impacted by the initiatives announced today."

The company is also reducing the number of warehouses it owns and operates, plus expanding delivery agreements with third-party providers, to will help the company save $800 million in annual costs, CNN reported. 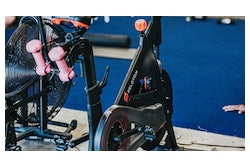 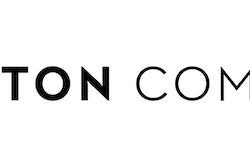 A teacher and athletic director at a Florida high school has now been fired for allegedly collecting funds that she didn't earn, after she was cleared by a jury...
September 30, 2022

Bremerton (Wash.) High School football coach Joe Kennedy, who was fired for praying on the football field with his players, claims the school district is dragging its feet in reinstating him after the U.S. Supreme Court codified his right to religious lib
September 27, 2022
Page 1 of 1134
Next Page
Buyer's Guide
Information on more than 3,000 companies, sorted by category. Listings are updated daily.
Learn More
AB Show 2022 in Orlando
AB Show is a solution-focused event for athletics, fitness, recreation and military professionals.
Learn More