In Charlottesville, Va., the University of Virginia athletics department announced Wednesday that it will cancel the final home game of the season after three players were killed.

In a statement Wednesday, the university said it is still deciding whether to participate in its last game of the season on Nov. 26 against rival Virginia Tech in Blacksburg.

The decision to cancel the game this week was made following the shooting of five students Sunday night. Three members of the UVA team – Devin Chandler, Lavel Davis Jr. and D’Sean Perry — died, and the other two students were injured. Running back Mike Hollins has reportedly had two surgeries following Sunday's incident.

WPTV reported that Coach Tony Elliott described the mood of his team after meeting with them.

"I think it's important that we all grieve," he said. "I mean, these are outstanding young men that we don't understand why they're gone so early and I think that it's honorable that we grieve these young men, but also, too, we have to keep it in perspective and make sure that we take this pain that we're feeling and try to find a way to turn it into passion and motivation one day at a time."

Former player Christopher Darnell Jones Jr. is accused of being the shooter. He has been charged with multiple criminal charges, including three murder counts. 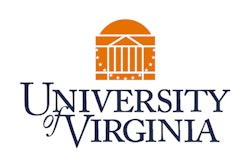 The Big Ten Conference is fining Michigan State University $100,000 and suspending a player for eight games of the 2023 football season for his role in the assault that took place against two University of Michigan players after the teams met in Oct. 29.
November 29, 2022
Page 1 of 1149
Next Page
Buyer's Guide
Information on more than 3,000 companies, sorted by category. Listings are updated daily.
Learn More
AB Show 2022 in Orlando
AB Show is a solution-focused event for athletics, fitness, recreation and military professionals.
Learn More