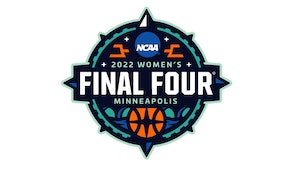 The Division I Council approved an expansion of the Division I Women's Basketball Championship bracket from 64 to 68 teams, effective with the 2022 championship.

"This immediate expansion of the women's basketball championship reinforces the fact that leaders within Division I are committed to strengthening aspects of the women's basketball championship that directly impact student-athletes," said Council chair Shane Lyons, athletics director at West Virginia. "We look forward to the positive change this will have for the student experience at the championship, especially as it relates to equal team opportunities to compete in the tournament."

The decision follows a recommendation from a comprehensive external gender equity review of NCAA championships conducted by Kaplan Hecker & Fink. The first phase of the review examined historical inequities in college basketball and was spurred by issues that arose during the 2021 Division I Men's and Women's Basketball Championships.

The 68 teams participating in the 2022 women's championship will be announced on Sunday, March 13, as part of the ESPN selection show.

"This was another important step in providing additional championship participation opportunities for women's basketball student-athletes," said Nina King, chair of the Division I Women's Basketball Committee and director of athletics at Duke. "The committee was in support of implementing this as soon as possible and were pleased that the expanded championship field will be in play immediately for the upcoming championship and beyond."

The last four at-large teams and teams seeded 65 through 68 will compete in opening-round games prior to the start of the first and second rounds of the championship. Opening round games in 2022 will take place at four of the campuses of teams seeded in the top 16, with one game played per site, with two games played on both Wednesday, March 16, and Thursday, March 17. Winners of the opening-round games will advance to first-round play on Friday, March 18, and Saturday, March 19, respectively, at the same hosting site location. The championship will culminate at the 2022 Women's Final Four to be played April 1 and 3 at the Target Center in Minneapolis.

"The expanded bracket and championship opportunities for Division I women's basketball student-athletes are paramount," said Lisa Campos, chair of the Division I Women's Basketball Oversight Committee and director of athletics at UTSA. "While the 2022 championship will be conducted at top-16 seed campus sites, this is a transition year for the tournament, and strong consideration will be given for other improvement areas, including opening-round games taking place at a predetermined site, in order to improve the championship experience in 2023 and beyond."

The Division I Women's Basketball Committee, which now consists of 12 members versus 10 as in previous years, also approved an updated Selection Principles and Procedures document for 2021-22. The document references committee voting procedures to reflect the increase in members and the move to 36 at-large teams to accompany the 32 automatic qualifying teams that will make up the 2022 championship bracket, as well as updated bracketing principles language.

"ESPN is proud to have collaborated with the NCAA through the years to elevate the Women's Basketball Championship, and we look forward to highlighting even more student-athletes and teams in pursuit of their championship dreams as part of this expansion of March Madness," said Nick Dawson, vice president, ESPN programming and acquisitions.

The expanded tournament field was also supported by the Women's Basketball Coaches Association.

"We are pleased with today's vote by the NCAA Division I Council to approve expansion of the women's basketball tournament field from 64 to 68 teams," said Danielle Donehew, executive director of the WBCA. "This action corrects an inequity that has existed between the men's and women's championships for a decade and provides equitable postseason participation opportunities for Division I men's and women's basketball student-athletes. We are making progress in our efforts to address gender inequities in our sport, but much remains to be done. The WBCA's member coaches, board of directors and staff will remain diligent in this endeavor until all of the recommendations in the Kaplan Hecker report have been implemented."

Study: NFL Did Not Follow Own Polices on Violence