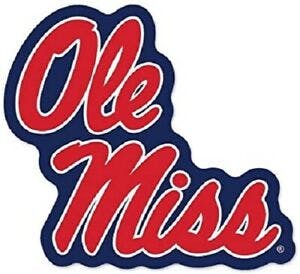 Recent developments in college athletics — namely the transfer portal and name, image and likeness rules — have created a landscape that University of Mississippi head football coach Lane Kiffin admits makes it hard for his program to compete against some of the sport's elite teams.

"We don't have the same funding resources as some of these schools do for these NIL deals," Kiffin said during a news conference on Tuesday, as reported by ESPN. "It's basically dealing with different salary caps. Now we have a sport that has completely different salary caps and some of these schools have, whatever, five to 10 times more than everybody else in what they can pay the players. I know nobody uses those phrases, but that is what it is."

Ole Miss' class is currently ranked No. 22 in the FBS, according to ESPN Recruiting, but only 11th in the 14-team SEC, where Texas A&M, Alabama and Georgia boast the nation's three highest-rated classes.

"In free agency in the NFL, players usually go to the most money," Kiffin said. "Every once in a while, they don't because they already have a bunch of money. Well, these kids are 17 and 18 years old. They're going to go where they're paid the most. I'm not complaining, it just is what is. Wherever there's things created, there's a lot of times problems people didn't think about. You just legalized paying players, like people used to cheat."

Despite Ole Miss announcing Tuesday the addition of 13 midyear enrollees from the transfer portal, Kiffin criticized current NCAA rules that allow players to switch schools once without having to sit out a season. "Like everything, this transfer thing is not over," Kiffin said. "Until they figure out how to do this better, you're going to see a whole other group after spring ball that leaves places. This is an ongoing thing."

Kiffin suggested college football needs to adopt some sort of transfer policy similar to the NFL, which limits when its teams can sign free agents.

"Obviously, look to the people who have done it a long time, they know what they're doing," he said. "The NFL knows what they're doing. It's not open free agency all year and for a reason, and you've got long-term contracts for a reason. Kids can't leave at any point of any year all the time.

"Somehow they're going to, I bet, try to control NIL because now you've got these salary caps at places, giving players millions of dollars before they ever play, and other places not being able to do that. What would the NFL look like if there were a couple of teams in the NFL where their salary cap was 10 times more than everybody else's salary cap? That's where we're headed, so they're going to have to do something."