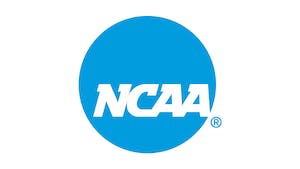 Three House Democrats sent a letter Monday to NCAA president Mark Emmert, lambasting him for failing to take meaningful steps to ensure gender equity in college sports and suggesting his association is in violation of Title IX.

As reported by Sports Illustrated, representatives Carolyn B. Maloney (D-N.Y.), Jackie Speier (D–Calif.) and Mikie Sherrill (D–N.J.) say the NCAA has made “inadequate progress” in addressing the disparate treatment of men and women athletes a year after the topic took center stage during the NCAA women’s basketball tournament.

In the six-page letter, the U.S. House members criticize Emmert for his failure in implementing key recommendations from an external review that was sparked by exposed disparities between accommodations such as workout facilities provided during the 2021 men’s and women’s basketball tournaments.

“The shortcomings at the women’s basketball tournament last year have been well-documented and extensively covered,” the NCAA said Tuesday in an emailed statement to SI. “Although our work is not done, we are focused on the many improvements made since then that provide students across all our championships with a lifelong memorable experience.”

SI obtained a copy of the letter and several other documents, including internal emails from NCAA leaders that reveal how the association handled the scrutiny after women athletes took to social media to social media to report differences between what men’s and women’s tournament participants were being provided in terms of their weight rooms, gifts and meals.

The NCAA supplied the emails after lawmakers requested them in July.

The emails outline NCAA leaders’ correspondence over requests from sponsors and non-sponsors wanting to donate meals and gift cards to women basketball players at the tournament in San Antonio. According to the emails, NCAA officials rebuffed some of the offers, including one from Chiney Ogwumike, a player for the Los Angeles Sparks and ESPN basketball analyst who scolded the NCAA last March amid the gender equity issues.

According to SI, Ogwumike offered to donate DoorDash gift cards to each of the 64 tournament teams, but the NCAA denied the offer because UberEats, a direct competitor of DoorDash, was an NCAA corporate sponsor.

The emails paint what SI termed a frantic picture within the association in the hours after the social media storm erupted and in the wake of the negative attention. Sponsors contacted NCAA officials and were “really upset with the situation and wanting to help,” NCAA director of championship engagement Ellen Lucey wrote in an email to her colleagues on March 19, 2021.

The NCAA originally declined all donation requests until eventually agreeing on offers from corporate sponsors, such as Wendy’s, Buffalo Wild Wings and Pizza Hut, to supply food to women athletes in a similar way that those companies were feeding men’s players at their tournament in Indianapolis.

In response to the controversy, the NCAA conducted an internal review and hired a law firm to evaluate and produce a report of the organization’s policies and practices related to gender equity, SI reported. While the NCAA has satisfied some of the recommendations in the report — for instance, the association has now branded both tournaments as “March Madness” as opposed to only the men’s event — the organization has failed to implement several other recommendations, lawmakers say in their letter, which cites two examples:

"(1) Emmert has made no progress toward changing the leadership structure of D-I basketball to ensure that women’s basketball leadership has the same level of seniority as men’s basketball leadership; and (2) the NCAA has failed to create or commit to creating a chief business officer role to oversee NCAA’s media partner relationships with CBS/Turner and ESPN, the Corporate Partner Program, and branding and marketing for all championships."

“Although the NCAA has taken some short-term steps to avoid repeating the public relations catastrophe during last year’s March Madness championships, it has been notably slow to commit to or implement recommendations that will ensure structural, long-term changes to advance gender equity,” the letter reads, as reported by SI.