NCAA Looks to Phase In Rules for Transgender Athletes 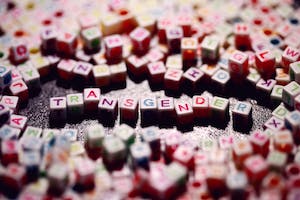 NCAA president Mark Emmert, speaking Wednesday in advance of the women's Final Four basketball weekend at Target Center, addressed transgender participation in women's sports, saying the NCAA is looking to phase in standards similar to those employed by the Olympics.

The NCAA is "committed to using the same standards as the Olympics and simply phasing" them in for transgender athletes, Emmert said Wednesday, as reported by the Minneapolis Star Tribune. The Olympic standards direct each sport to develop its own rules, moving away from testosterone-based limits toward a system that doesn't presume transgender women have an advantage.

The issue has been front of mind for the NCAA this year because of the controversy surrounding Lia Thomas, who swam three seasons at the University of Pennsylvania as a male before transitioning to female for her senior year, in which she set several Ivy League women's records. She went on to win an NCAA championship in the 500-yard freestyle two weeks ago, becoming the first known transgender athlete to claim a Division I title.

As reported by the Star Tribune's Rochelle Olson, Thomas' swimming has, among other cases, pushed the eligibility discussion about trans athletes into statehouses and Congress. One side says the integrity of women's sports demands that only those born female compete as women and girls. The other says fears of trans women dominating events are overblown, mean-spirited and a cover for violations of Title IX, the 50-year-old law that protects students from gender discrimination at schools receiving federal funding.

"We've had trans inclusion in Minnesota since 2014, almost 10 years," Erin Maye Quade, advocacy director at the nonprofit Gender Justice and a former DFL legislator, told the Star Tribune. "It's just not a problem."

Chris Voelz, the University of Minnesota's women's athletic director from 1988 to 2002, says only 2 percent of trans people participate in sports.

"This whole narrative being pushed about men taking over women's sports is a red herring," Voelz she told the Star Tribune, adding that trans athletes "are not doing this to win medals. They are doing this because they don't fit in their body and they want to play sports."

Still, where some see no problem, others do.

Minnesota Family Council CEO John Helmberger said his conservative nonprofit is promoting legislation that allows athletes to compete based strictly on what he called biological sex.

"This is the best way to ensure that Minnesota's young athletes, especially girls and women, can earn medals, championships and scholarship spots without worrying about competing against athletes who have unfair physical advantages," he told Star Tribune.

While a transgender ban at the high school level has failed to gain traction in Minnesota, other states have succeeded in passing such legislation. Earlier this month, Utah became the 12th state to pass a ban after lawmakers there overrode the Republican governor's veto of the move.

"All of these states that are banning trans inclusion are going to see lawsuits," Maye Quade said. "And [the lawsuits] are going to be successful."

Recent Minnesota court rulings suggest she is right, Olson writes. In September 2020, the Court of Appeals ruled that a transgender Coon Rapids High School swimmer had a right to use the boys' locker room. The court concluded that "requiring a transgender student to use a different locker-room facility because of his sexual orientation is discrimination." The boy's mother sued, and the student won a $300,000 settlement.

In a similar case last summer, a transgender student in the Buffalo-Hanover-Montrose school district won restroom access and $218,500 from the district.