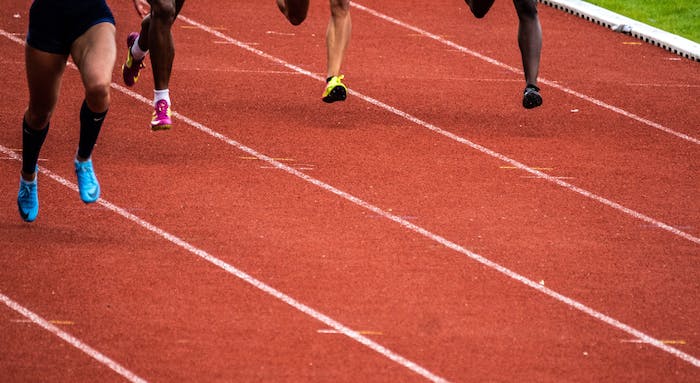 A decades-old rule about student-athletes wearing beads in their hair is causing disagreements between coaches, players and the New York State Public High School Athletic Association.

The Times Union reported that officials asked athletes to remove beads from their hair in order to compete at two recent outdoor track and field meets held in Section II. Competitors at both the Bethlehem Lady Eagles Invitational and Saturday's Niskayuna Warrior Classic held at Mohonasen were asked to remove beads in their hair in conjunction with a jewelry policy used by NYSPHSAA.

Section II track and field coaches are in solidarity against the rule and all say they have never seen anything enforced prior to earlier this month. Some of the coaches have held their position for decades.

Bill Sherman, Mohonasen track and cross country coach, said the NYSPHSAA has not enforced the policy.

"They have never ever enforced anything regarding beads or bows at all. This season, all of a sudden, beads are not allowed," Sherman told the Times Union.

"What I can find is this rule has been in place for other 20 years," Zayas said. "These are the rules. We expect officials and, more importantly the coaches, to abide by these rules. When I say 'we' I mean the membership of our organization. I can't be at 300 track meets every Wednesday afternoon. Our officials are in place to enforce the rules. This has started to become more of an issue and we knew it was going to become more of an issue so back in February, I sent all sectional executive directors an email saying more and more kids are asking to be able to wear beads during meets.

"If they want to wear beads, that would be a violation of the rule. We asked for schools to send us a photo of how they would be able to secure the beads and ensure it would not be a safety issue and we will give them a special accommodation waiver. It is very common. We have already approved probably 20 waivers and we have yet to deny one. The other thing is our membership has been adamantly opposed to allow jewelry to be worn. Hair beads are considered to be an adornment. Regardless of what the coaches are saying, hair beads are considered jewelry by the membership."

Zayas said he doesn’t understand why Section II coaches do not understand the rule. “If there is an opposition to a rule, we have a process to changing it."

Monday afternoon in a statement released by the Capital Region BOCES, 30 school superintendents from Section II schools voiced their concerns over the policy. In the statement, the leaders called the policy “discriminatory” and said it needs to change.

"There is no evidence that hair beads pose a health and safety risk for student athletes. Further, policies such as these risk targeting specific populations and should not be supported by school leaders or the New York State Public High School Athletic Association. We are asking NYSPHSAA to change the rule immediately and provide training to all officials,” the statement said.

The fact that NYSPHSAA officials are also requiring athletes to send in a photo in order to receive a special waiver in order to compete.

"That is the part that becomes extremely offensive. If you are asking someone to take a picture of someone's hair and then have to prove their culture, that is right on the line (of being racist)," said Bethlehem track coach Darnell Douglas, who has coached at the school for 12 years.

"I am outraged," Mohonasen track and cross country coach Bill Sherman told the Times. "Here is the thing and it is the honest truth, I see these kids and they get questioned all the time: their clothing, what they eat and their hair. Now, the state or NYSPHSAA is condoning making them feel other and different. I am so angry about it and frustrated that it has been allowed to get to this point. I can't come to any other conclusion that it is racial targeting."

Sherman met with his team Monday to discuss the issue and the coaches left to allow the team to talk about it.

The team voted to unanimously wear hair beads Wednesday for a Colonial Council meet against Lansingburgh, Albany Academy and Cobleskill. Sherman, who sent a letter to Zayas Monday evening on the subject, stated his team is ready to forfeit all three league contests if officials force athletes to remove the beads.

"We're not backing down," Sherman said.

Another coach, who did wish to be quoted, told the newspaper that the entire issue was very upsetting and that area schools — both from urban and rural area — are completely united in opposing any such ban on hair beads.

There are more than 800 member schools in NYSPHSAA from 11 sections around the state.

"If our rules have some form of inherit bias, let's talk about those rules as a community and as a membership and let's address that," Zayas said. "But I am hearing athletes are going to violate the rule and coaches are saying for everyone on the team show up (with hair beads). That is not abiding by the process part of teaching through sport and participation. Ultimately, kids are going to be negatively impacted with such parades like that.

"We have a process in place. If the membership wants a change and I just got off the phone with a school superintendent, we can get that changed. It needs to be driven by the membership."

Zayas said he found it disappointing Section II track coaches expressed their concerns through the media and not through official channels.