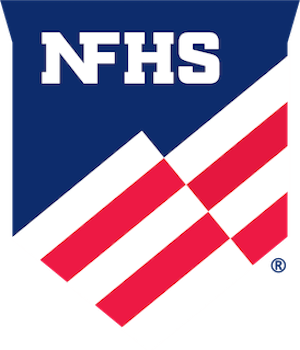 In the first official NFHS sports participation survey following the 1971-72 school year, there were 3,666,919 boys playing high school sports and only 294,015 girls. That summer, on June 23, 1972, with the passage of Title IX, the numbers began to change dramatically.

The next year, the number of girls in high school sports jumped to 817,073, followed by 1.3 million in 1972-73 and more than 2 million by 1977-78. While there were some girls participating in basketball and outdoor track and field prior to 1971, led by the Iowa Girls High School Athletic Union, with more opportunities to play, girls flocked to volleyball and softball, cross country and then soccer, followed by numerous other sports in the ensuing years.

Imagine the past 50 years without girls in high school sports. The NFHS’ online National High School Sports Record Book provides a glimpse of some of the outstanding performances that have occurred thanks to that landmark Title IX legislation in 1972.

In basketball, there’s Geri Grigsby of Kentucky, who profited quickly from Title IX by averaging 46 points per game at McDowell High School from 1975 to 1977. Others in the Record Book and the NFHS National High School Hall of Fame  include Cheryl Miller of California, who once scored 105 points in a game; Jackie Stiles, considered the greatest athlete in Kansas history; Kim Mulkey, a Louisiana high school standout before her successful college coaching career; and Teresa Edwards, who helped the United States to four gold medals after her high school and college days in Georgia.

And there’s softball player Lisa Fernandez of California, swimmer Janet Evans of California, and track and field stars Jackie Joyner-Kersee of Illinois, Natasha Kaiser-Brown of Iowa, and many more – all of whom took advantage of the opportunity presented to them by Title IX.

In addition to student-athletes, Title IX opened the door for women to be involved in coaching, administration and officiating. Notables include NFHS Hall of Famer Leta Andrews of Texas, whose 52-year girls basketball coaching career began prior to 1972 and concluded in 2014 as the all-time leader with 1,416 victories.

Several female high school athletic directors suddenly had opportunities to initiate girls programs in the early 1970s and had many years of distinguished service, including Alice Barron and Leslie Moore in Colorado, Barbara Twardus in Washington, Priscilla Dillow in Indiana, Lucia Norwood in Georgia and Sister Lynn Winsor in Arizona – among others.

Despite the advances of some of the aforementioned female leaders in high school sports, the numbers still lag when compared to males in these positions. More women are needed for coaching, administration and officiating positions. While women continue to make strides in leadership roles nationwide, the percentages still fall far shy of 50 percent.

In pursuit of the continued advancement of educational and competitive opportunities for women in sports, the NFHS is hosting its first “Better Together: Women and Sports Leadership Virtual Summit” next week.

More than 300 individuals are signed up to take advantage of this three-day virtual conference (May 1-3), with which we hope to build on the growth established by Title IX and assist attendees in connecting skills learned in athletics to those associated with being an effective leader.

To register for the NFHS Women and Sport Leadership Virtual Summit, visit meetings.nfhs.org/btwls22/.

The NFHS hopes this is a great start to the next 50 years of girls and women leading the way in high school sports and activity programs.