The case of Florida State quarterback Jameis Winston received as much media attention for the manner in which it was handled as it did for the star player involved. Erica Kinsman met Winston at a nightclub in December 2012, and after doing a shot with the then freshman quarterback that she believes was spiked, she found herself in a cab going back to his apartment where the alleged rape occurred.

Kinsman and her father met with Tallahassee police about the incident, and were told, "This is a huge football town. You really should think long and hard if you want to press charges," according to the documentary "The Hunting Ground." No police action was taken over the next 10 months, as Kinsman not only received death threats, but was publicly ridiculed in the sports media, with some calling the allegations "terribly unfair" to Winston.

Two years later, Winston's FSU conduct-code hearing was finally held in December, just days before the Seminoles' College Football Playoff game against Oregon. He was cleared of any wrongdoing and was allowed to play in the game. During the two-year saga, Winston continued to play both football and baseball for FSU. Kinsman, meanwhile, dropped out of school.

Sexual assaults involving college athletes is not a new story, nor is the questionable manner in which investigations into these assaults are conducted. Last February, a University of New Mexico student filed a lawsuit against UNM, alleging that an investigation of her sexual assault at the hands of two UNM football players was badly mishandled and violated Title IX regulations, a federal gender-equity law that, in part, directs schools on how they must investigate sexual violence incidents. The alleged victim ultimately lost her academic scholarship and was forced to move away. 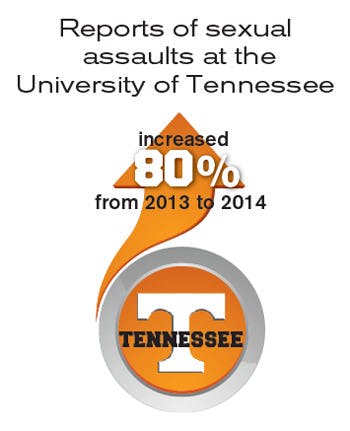 While less than four percent of college students are athletes, student-athletes are involved in 19 percent of sexual assaults reported on college campuses. Despite legislation addressing sexual assault such as Title IX, the process of investigating sexual assaults remains very much flawed. Since the Winston incident, changes have been pursued in terms of how a sexual assault involving an athlete is investigated. While university, campus safety and law enforcement officials are operating under intense scrutiny today, it's the role the athletic department is playing in this process that has drawn the ire of lawmakers and, finally, the NCAA.

FAILURE TO LAUNCH
The U.S. Department of Education began investigating 76 colleges and universities last year for their handling of Title IX complaints — and the number stands at nearly 100 today. Last August, the NCAA Executive Committee — comprised of 20 university presidents and chancellors — passed a resolution that clearly defined what role athletic departments should have in sexual assault cases.

The NCAA's actions were prompted by a survey released in July 2014 by the office of U.S. Senator Claire McCaskill that found that 22 percent of colleges surveyed reported that their athletic departments had oversight over sexual assault allegations made against athletes. The senator brought these statistics to the attention of NCAA president Mark Emmert, and shortly thereafter, the NCAA informed its members about the reduced role athletic departments must have in these types of cases. McCaskill remains committed to this issue, sponsoring the Campus Safety and Accountability Act aimed at curbing sexual violence on campuses. The legislation protects both victims and accused students. 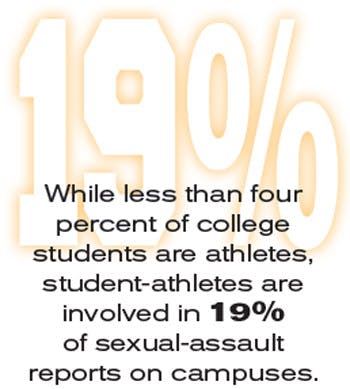 The NCAA resolution, for its part, dictates that athletic departments should only cooperate in sexual violence investigations as needed, never managing nor interfering with any investigation Per the resolution, "The Executive Committee expects NCAA members to ensure that the values and principles articulated in the (NCAA) Constitution to protect the health and safety of student-athletes, operate fairly and ethically, and further to assure that student-athletes are neither advantaged nor disadvantaged by special treatment."

The resolution also instructs athletic departments to educate all of their athletes, coaches and staff about sexual violence prevention and response, as well as ensure compliance with all federal and applicable state regulations related to sexual abuse (see right).

One of those universities that did not fall in McCaskill's 1-in-5 statistic is the University of Iowa. "Our campus agrees, when it comes to sexual misconduct or assault involving students, we consider athletics' involvement as a conflict of interest," says Mary Curtis, associate director of athletics, who recommends a change in leadership if the old-school culture of protecting the athlete first still exists on other campuses. "On campuses where athletics has the ability to internally handle such affairs, (protecting the athlete) may happen if the value systems are broken. It will be impossible to fix a broken value system without changing the leadership within."

The NCAA committee's resolution specified that member schools are expected to do the following:

• Comply with campus authorities and ensure that all athletics staff, coaches and administrators and student-athletes maintain a hostile-free environment for all student-athletes regardless of gender or sexual orientation

• Educate all student-athletes, coaches and staff about sexual violence prevention, intervention and response

• Cooperate with but not manage, direct, control or interfere with college or university investigations into allegations of sexual violence, ensuring that investigations involving student-athletes and athletics department staff are managed in the same manner as all other students and staff on campus

This article originally appeared in the April 2015 issue of Athletic Business with the title "Blurred Lines."