How To Deal With Negativity on Social Media

I hate that I’m addicted to Twitter. There, I said it. It’s already bad enough that there are moments (a lot of moments) that my wife will hide my iPhone so I can’t check Twitter. 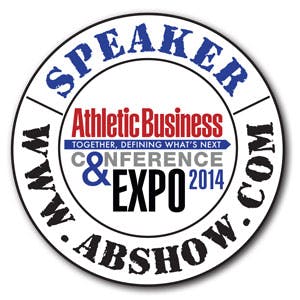 I’m addicted to Twitter, not only because of the information it provides, but I’m fascinated by the interactions between people who seemingly don’t know each other. Social media and Twitter is a great place to exchange ideas, have a civil discourse with others and follow the course of events and news in real time.

Twitter has opened the door for personal accomplishment — helping me land my current job at Miami — and develop connections that have resulted in both personal and professional relationships.

Unfortunately, Twitter — or, more accurately, the users of Twitter — have a dark side. For every good-intentioned tweet or Twitter user, there is a bad one. And if you’ve ever managed a social media account for a team or organization, you know what I’m talking about. Perhaps even worse, student-athletes from high school to major college athletics catch the vitriol as well.

All this has me wondering: When did we become a society full of so much hate?

Twitter and social media didn’t create human behavior, it has only exposed it for the world to see. It’s sad, it’s scary, and it’s disheartening.

There are many people who just can’t stand to share joy with others. If they are miserable, then they want us to be miserable.

ESPN sideline reporter Sam Ponder, who I met when she was still Samantha Steele and working for FOX College Sports, wrote this heartfelt, eye-opening blog of how lies have overtaken truth on Twitter  —  and how people she doesn’t even know have said some pretty awful things about her.

It makes some days harder than others.

I have battled my own insecurities for the better part of 15 years. Growing up, I allowed other people’s opinions define who I was as a person. Even though I’m a successful 31-year-old with a good job, a good education, a beautiful wife and two beautiful kids, I still allow others to define me.

And the student-athletes we mentor deal with these issues too. As Ponder so eloquently stated, “We let broken people tell us how broken we are.”

Angry fans now tweet death threats and various levels of nastiness (from the G-rated “You suck” to the NC-17 rated profanity-laced tirades) to high school athletes, college student-athletes and pro athletes after losses and injuries.

Why so much hate?
...
I was picked on as a kid. I’ve been picked on an as an adult. Those who pick on others feed off low self-esteem and they capitalize.

At one time in my life, I was angry because I was the source of other people’s ire. I hated that feeling. I vowed to change. How do we avoid all of this? The answer is: we can’t.

Every day, we’re all striving to improve ourselves — mentally, personally and professionally. The only way we can do that in the digital age is to block out the negative and accentuate the positive and teach our student-athletes to do the same.

Even some of the positive quotes and comments I tweet elicit negative feedback or “sub-tweets”. (Which is a term I just learned.) Just ask one of your players after a bad game. They get more criticism than anyone. Some people are just more comfortable being full of anger.

All I want in life is to be happy with myself. There have been days I’ve wanted to give up, but I pick myself up and move forward.

In the words of author Jon Gordon:

Chris Yandle is the assistant athletic director/communications at the University of Miami (FL.) He will also be speaking at this year's Athletic Business Conference & Expo. You can follow him on Twitter, @ChrisYandle.