NBA Sponsorships Up 7.8% Over Previous Year

State Farm and Anheuser Busch are big fans of the NBA, so much so that they topped last year’s list of league sponsors.

According to new numbers from ESP’s Properties’ annual ESP Sponsorship Report, State Farm is the most active sponsor of the NBA. Eighty-one percent of NBA properties with a sponsor in the insurance category report a partnership with State Farm.

Sponsorship spending on the NBA and its 30 teams totaled $861 million in the 2016-2017 season, a 7.8 percent increase from the previous year, according to ESP research.

ESP projects the NBA will see increased sponsorship spending as a result of its new apparel deal with Nike and growing number of first-year jersey deals.

See below for a more detailed look at who’s spending what on NBA sponsorships: 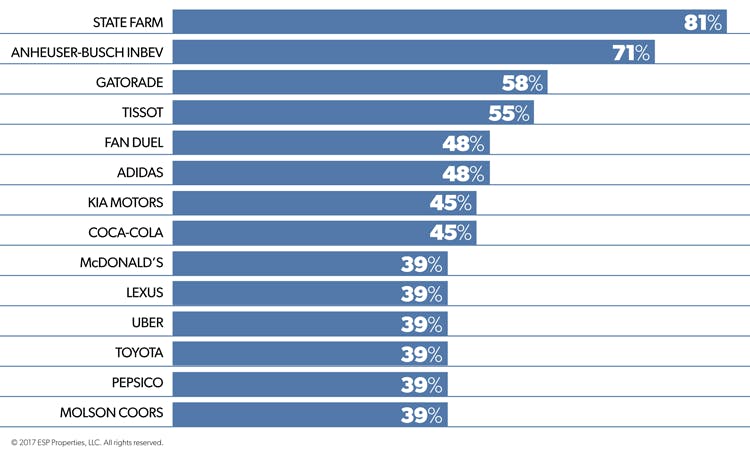