Fox Sports will go high-tech to give its broadcasts of the shortened 60-game Major League Baseball season a sense of normalcy.

The television network has teamed up with Sliver Spoon Animation, which uses Pixatope software, to put virtual fans in the stands at Major League parks. The software was tested about three weeks ago at Arizona’s Chase Field.

No seventh-inning stretch needed for this crowd!

According to CNBC, the virtual crowds will initially be seen in wide shots only, but eventually the technology will be able to show closeups of players, as well as subtle touches like fans reaching out for home runs.

Fox can even control the level of detail down to the apparel the fans are wearing and how they react to specific plays.

News of Fox’s fix comes after many league stadiums have sold fans the opportunity to have a cut-out of themselves placed in the stands for anywhere from $50 to $100. 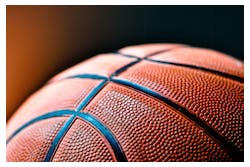