North Carolina State broadcaster Gary Hahn will be reinstated after being suspended for making an insensitive remark about "illegal aliens" during the team's 16-21 loss to Maryland in the Duke's Mayo Bowl.

While providing a scoring update on the Sun Bowl in El Paso, Texas, Hahn remarked, "Amongst all the illegal aliens down in El Paso, it's UCLA 14, Pittsburgh 6," Hahn said. "That's with 11:15 to go in the second quarter."

Hahn, who has been calling Wolfpack sports for over three decades, will now resume his duties calling NC State basketball games.

According to CBS Sports, the Sun Bowl fan fest was canceled last week because the city of El Paso is using its convention center to house around 1,000 immigrants. El Paso Mayor Oscar Leeser declared a state of emergency earlier this month, and the convention center was converted into a shelter for immigrants released by federal immigration officials with unusually cold weather bearing down on the region. 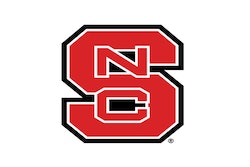 It reportedly took the University of Florida football program all of an hour to suspend Jalen Kitna, after the backup quarterback was arrested Wednesday on charges of distribution of child exploitation material and of possession of child pornography.
December 1, 2022
Page 1 of 76
Next Page
Buyer's Guide
Information on more than 3,000 companies, sorted by category. Listings are updated daily.
Learn More
AB Show 2023 in Baltimore
AB Show is a solution-focused event for athletics, fitness, recreation and military professionals.
Learn More