One On One: U.S. Baseball Fan Joel Ehrendreich Is Launching Programs in India 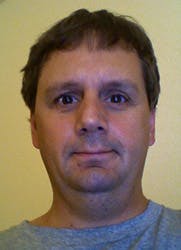 His kids' names are Cooper (as in Cooperstown, NY) and Cal, who was born the day Cal Ripken Jr. topped the record held by Japanese slugger Sachio Kinugasa for consecutive baseball games played. If that's not enough to demonstrate Joel Ehrendreich's love of the game, Cooper and Cal's middle names are Jack and Robinson, respectively. Ehrendreich, the first secretary in the U.S. Embassy in New Delhi, India, has also informally become an ambassador of America's national pastime. He and longtime friend Todd Feiter, the Winneconne (Wis.) High School baseball coach, hope to collect 1,000 baseball gloves, 1,000 bats and 1,000 baseballs to deliver to several New Delhi schools interested in launching baseball programs. (To donate, e-mail ehrendreichj@yahoo.com.) Ehrendreich hopes the program can also breed some cultural awareness. "I hope anyone contributing equipment to these Indian ballplayers can take the time to learn a thing or two about India," Ehrendreich says. Nicholas Brown asked Ehrendreich about his baseball-driven mission.

Q: Can you describe the current state of baseball in New Delhi? A: The conditions are unacceptable by American standards. Everything is dilapidated - gloves are restrung several times, balls are used until they literally fall apart and bases are made from seat cushions. I don't know anybody who owns his or her own glove. At practice, there may only be 10 or 15 gloves to share between 30 to 50 players. There isn't one field in New Delhi dedicated to baseball. We usually play on dirt school playgrounds.

Q: How much interest do Indian people have in baseball? A: Baseball is just a marginal sport in India right now. In the Indian school sports federation, it's classified as a Class C sport, along with bowling, tug-of-war and something called kho-kho. There have been small pockets of baseball players in India for some time. In Manipur, in eastern India, there has been a relatively active collection of baseball clubs since American soldiers fighting along the border there in World War II introduced the game to some locals. I'm trying to give the game some exposure, build some organizational structure and introduce it to thousands of other kids.

Q: Who will be getting this new equipment? A: It will all go to kids in New Delhi from ages nine through 18. The schools that have baseball programs, or schools we've identified to start new programs, range from the poorest public schools, like Possangipur School, to a private chain of international schools. At Possangipur, it would be safe to say very few children's parents make more than $300 a month.

Q: What do you hope this project will accomplish? A: On one level, we can provide an opportunity for children who wouldn't otherwise get to play this great game. On another level, the U.S. and India are closer now than they've been perhaps at any other time in history. Baseball is America's game. When Indians learn about baseball, we're building another bridge of friendship between our world's oldest democracy and its largest.