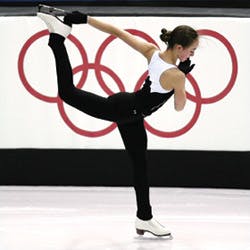 Most Olympics-related discussions these days revolve around Beijing's controversial urban-renewal approach to staging the 2008 Summer Games. But another amateur athletics event, the recently green-lighted Youth Olympic Games, has entered the international conversation.

Considered by many observers as a pet project of International Olympic Committee president Jacques Rogge, the scaled-down version of the traditional Olympics received IOC approval in July. An estimated 3,200 14- to 18-year-old athletes are expected to participate in the inaugural Summer Youth Olympic Games, which will take place in 2010. They will compete in the same sports as their Olympics peers, but in fewer disciplines and events. The first Winter Youth Olympic Games will follow two years later, with an estimated 1,000 athletes.

Rogge has said on numerous occasions that the Youth Olympic Games will emphasize the manner in which victory is achieved rather than victory itself. They also, Rogge contends, will instill such traditional Olympic values as fair competition and sportsmanship, help combat declining sports participation and obesity, and fight teenagers' lagging interest in anything Olympics.

That's all commendable, but even before the IOC's formal announcement, USA Today columnist Christine Brennan was skeptical. "An Olympics for teenagers?" she wrote. "Don't we already have that? Isn't it called the Olympics?" Indeed, figure skater Kimmie Meissner was the youngest U.S. Olympian (at age 15) in the 2006 Winter Games, and six of the 14 members of the U.S. diving team who competed in March's World Championships were 18 years old or younger; two were 14.

The Youth Olympic Games will not necessarily feature the absolute elite of a given sport - presumably, those individuals will still go to the actual Olympics - but the question of how the young competitors will be chosen to participate remains. IOC media relations manager Emmanuelle Moreau provides an official but fuzzy explanation involving National Olympic Committees and International Federations helping determine delegations, but might trials and championships interfere with both academics and locally sponsored athletics programs? Will the Youth Olympic Games eventually be looked upon as a farm system of sorts for the traditional Olympics? And while the IOC claims the educational mission of the Youth Olympic Games includes teaching participants about "the dangers of doping," how far will it go to ensure a clean generation of future amateur athletes?

The United States Olympic Committee apparently has enough confidence in the concept behind the Youth Olympic Games - which are not to be confused with the Amateur Athletic Union's U.S.-only Junior Olympics - to offer its full support of the venture, which USOC vice president Bob Ctvrtlik says will "fit perfectly" with the organization's proposed Olympics television network. But, perhaps surprisingly, no American cities were among the 11 to throw their hats into the 2010 hosting ring. The IOC has made it clear that no additional venues need be built to host the new Games, and that all venues must be located in the same city (with most having a minimum seating capacity of 1,000). It remained undecided at the time of this writing whether cities bidding for the Olympic Games would also be allowed to bid for the Youth Olympic Games.

The IOC will announce a narrowed-down list of candidate host cities next month, with the first host city expected to be named in February.