From fun-loving to family-friendly, a parks and rec department's policy on alcohol use is sure to draw critics. 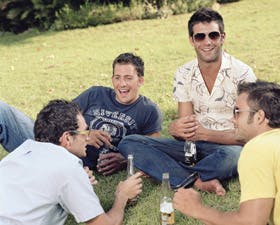 In Oregon, Clackamas County officials are banning alcohol use in county parks after what police there described as riot-like conditions during normal summer weekend river use. In Kansas, the state's Department of Wildlife and Parks last year issued a reproachful press release citing intoxicated driving, excessive trash, vandalism, fights and rowdy parties as justification for banning all alcohol use at the state's fishing lakes and lakeside facilities. Meanwhile, at public diamonds throughout the country, dusty softball players are celebrating victory (or wallowing in defeat) by downing cold beers served up by recreation departments, and local governing boards everywhere are facing pressure from revenue-generating groups hoping to serve alcohol at private parties on public land.

Regardless of the surroundings or circumstances, any policy relating to public alcohol use is likely to be unpopular with about half the affected population. Thus, parks and recreation department heads are left to balance residents' desire to use public facilities freely with the need to maintain participant safety and minimize municipal liability.

"It really puts parks and recreation professionals in a difficult position," says Gary Ristow, recreation services manager for the Columbia (Mo.) Parks and Recreation Department. "It's a contentious issue. There are two sides, and people on each side are fervent in their belief that their course of action is right. But the right answer is probably somewhere in the middle."

Recreation officials in Folsom, Calif., recently contributed to an alcohol-use ordinance that they hoped would appease local police, who were tired of responding to complaints regarding intoxicated park-dwellers. But the rec department also wanted to keep in mind Folsom's law-abiding residents, who until 2006 could essentially drink freely on city parkland. "The parks and recreation department had a vested interest in that process because we rent lots of facilities for events where people like to have beer and wine," says Chuck Harrison, Folsom's recreation supervisor. "We also have special events in our parks - such as our Concerts in the Park series - where people have gotten used to bringing lawn chairs and a bottle of wine on Friday nights and enjoying the show."

Folsom officials eventually ironed out a permitting process whereby residents can, once a week, pay a $10 fee per individual or party for a permit to consume alcoholic beverages during a six-hour window in a city park. To make the process less cumbersome to residents, the parks and recreation department administers the permits from three information centers throughout the city. Police maintain a "do not issue" list of previous alcohol policy offenders, and parks personnel fax copies of permits to police to update them on when and where there will be drinking - and by whom. The result, says Harrison, has satisfied most everyone.

"I think it's the best of both worlds - the residents have the right to go out and enjoy an alcoholic beverage in the park, but the policy has cut down on the problems the police were dealing with. Now they have an enforceable ordinance."

As was the case in Folsom, most acts of park prohibition stem from events where public intoxication led to inappropriate, and in some cases criminal, activity. In 1988, officials in Woodstock, Ill., axed all drinking in parks after the town's annual Independence Day fireworks celebration, which perennially marks the biggest draw to the city's largest recreation venue - Emricson Park. "It was just getting a little out of hand," says Woodstock's recreation director, Dave Zinnen. "There were no rules. You could just bring a cooler, plop down and start drinking. Basically people were getting there in the morning, setting up a 'picnic' area, then drinking all day - and the fireworks wouldn't start until 9 p.m."

Woodstock's parks and recreation commission is now considering lifting the booze ban at Emricson Park - but not without limits. Taking cues from about a dozen surrounding parks departments, as well as the handful of people who've shown up to public meetings on the proposed repeal, the commission hopes to establish a permitting policy that allows for highly controlled alcohol use only at large events.

While it's a common practice for parks and recreation departments to dictate alcohol sales and usage through permitting, the degree of control varies widely. A far cry from Folsom's $10-a-day permit are the city of High Point, N.C.'s requirements regarding alcohol consumption at its park facilities. Prospective drinkers must first enter into a facility rental contract with the parks department and show proof of a special event usage permit from the state's Alcoholic Beverage Control Commission. They must then set up pricey security contracts with off-duty High Point police officers, the number of whom depends on how much alcohol will be served. Finally, organizers must provide the city with proof of at least $1 million worth of liability insurance, depending on the event's size.

"It's definitely a process," says High Point Parks and Recreation Department special facilities director Steve Ankelein. "If you want to go through it you can, but we have many safeguards in place to be sure that alcohol use is not going to become a problem." Ankelein says that in a given year, only a small handful of parties or organizations have the energy and inclination to go through the necessary steps to drink or serve alcohol in the city's parks.

High Point's policies seem especially stringent considering the parks and recreation department is also a beer vendor. In the mid-1980s, at the request of some of its golf-playing residents, the city agreed to sell beer at its two public courses. In the 20-plus years it has been selling beer, says Ankelein, there have been no alcohol-related incidents - save for the time a staff member checked the ID of an undercover agent, but miscalculated his age. Ankelein says the department never promotes its beer sales (which represent about 10 percent of its golf course food revenue) and intentionally keeps its beer prices on the high end of the market.

"We understand there are people who like to have this service, so we provide it - but at a premium," he says. "We don't encourage people to say, 'Let's go have a beer down at the golf course.' We intentionally don't look at this as a moneymaker."

The strategy of selling beer at some of its facilities and strictly outlawing any alcohol use at others may seem hypocritical, but Ankelein says different facilities require different safety requirements, especially given their different users. "We really would like it to be a positive park experience for everyone," he says.

Ristow's department makes a modest $50,000-a-year net profit from beer sales at two public golf courses and an adult softball center (though the city shuts down its vending operation when hosting youth softball events). At the time of this writing, officials in Columbia were considering establishing a permitting policy that would allow other nonprofit organizations to sell alcohol in specific city park locations. For years, Ristow says, the department has been "floating along" with a policy that allows alcohol use - but not sales from other vendors - in the college city's parks. The proposed change has many residents now questioning whether alcohol should be allowed in Columbia's parks at all.

"I really think it boils down to philosophical questions," Ristow says. "There has been an overriding concern lately that alcohol and drugs are too prevalent in our society, and there are a lot of people who feel parks should be safe havens."

At the same time, Ristow's department - which has revenue recovery goals for each major program - has developed some reliance on beer sales. "If that $50,000 wasn't available to us, we'd have to make $50,000 worth of cuts somewhere, or else raise an additional $50,000," he says. "Something would have to give if we were to not sell alcohol. There's a real concern, too, that we would actually lose softball teams and golfers. The $50,000 would just be the start."

Ristow says his department has prided itself on being a responsible alcohol provider, but that Columbia's policies may not be the best answer for other communities - even Columbia itself.

"It's a difficult situation, and I don't know if there is any right answer," he says. "You do have to find out what the community is willing to support."