Cutting the Price of Memberships is Loser's Game

Why cutting the price of memberships is a loser's game. 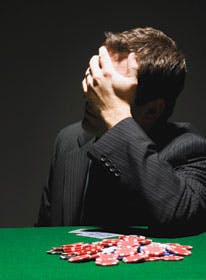 A lot of health clubs closed this summer. A lot of health clubs close every summer. The summer of 2008, though, with its backdrop of unprecedented fuel prices and a mortgage lending crisis, seemed particularly troublesome to many in the club industry, even to club owners who have endured the regular ups and downs of the economic cycle like so many arm curls. Current and potential customers were tighter with the purse strings - potential members didn't join, old members cut back. Or so it seemed.

Club owners dealing with a shortage of dues-paying customers have many options at their disposal, but there is at least one - cutting prices - that ought never be tried, according to health club management consultants.

"I don't think it's ever a good idea," says Steve Tharrett, president of Club Industry Consulting in Highland Village, Texas. "I know that there are some operators who feel that if they didn't cut prices, they would go out of business. But there are just too many ways in which it doesn't make sense."

The rationale for cutting prices is, of course, to induce more people to join. In economics, it's called "elasticity of demand" - how responsive consumers are to price changes. The equation for consumer spending is "P x Q," or price times quantity; theoretically, if demand is elastic, then a drop in price will increase consumer spending, with the percent increase in quantity being larger than the percent decrease in price. However, Rick Caro, president of New York-based health club consultancy Management Vision, believes that what works with goods doesn't necessarily translate to services such as health club memberships.

"It is a loser's game for people who haven't figured out that they need a lot more Q," Caro says. "In a lot of cases, they don't even know if there's really price sensitivity in the market. In the end, they actually might be worse off than if they hadn't dropped the price and instead worked to do a better job of holding onto their current members or marketing to prospective ones."

It's not just the math that is suspect, however. The trouble with dropping prices is that by undercutting a club's business plan, it leads to other problems down the line.

"You've set up your whole business model on a certain price point and margin level, and once you lower the price, you have to adapt everything else," says Tharrett. "That means you're going to have to lower costs, too, usually by diminishing the level of service you give. You end up being in this downward spiral."

Owners who go the price-cutting route often fail to anticipate how this will limit their future options. Clubs aren't in a position to pull a Wal-Mart - cut prices to drive competitors out of business and then raise them once market dominance has been achieved.

"It's hard to come back from it," Caro says. "Just from a marketing perspective, you have to somehow convince people that, having taught them that you're only worth $29 a month when you were worth $39 before, you're now worth $32 or $35 or $39 again. You then have to do something to justify the new higher cost, something substantial enough so members see it as an enhanced club experience."

To avoid such future difficulties, owners often mask a price cut by engaging in more creative deal making. For example, a club may waive initiation fees or offer a free first month. In extreme cases, owners will offer even more free months (six months' fees for a one-year membership, say), or try to attract groups of friends who can motivate each other to continue on as members in the long term (Tharrett noted one chain's offer this summer of four memberships for one low initiation fee). The result can be more members signing contracts that keep money flowing into the club's coffers - although there's a chance that any gains will be illusory, since the new members' small or nonexistent financial commitment might foretell a similar lack of commitment to fitness.

Other unintended consequences, psychological as well as financial, can result. The sudden influx of new, low-priced members can breed resentment (and even fear about the club's long-term viability) among higher-dues-paying members. Members who paid the higher price saw the value in a regular-priced club membership, and now perceive its value deteriorating. Members in this circumstance might decide to try a new club - or they might even demand the lower price for themselves. Lawsuits over this issue are not that uncommon.

It's for this reason that Caro cautions owners against going to the "special offer" too often. "You have to have price integrity," he says. "If you don't have standard prices that you hold for any length of time, then people are going to see through it and become better negotiators - harder negotiators."

Worse, though, is that, as Tharrett says, "a 5 percent drop in dues is 5 percent of your gross revenue right out of your own pocket." Beyond that, your creative price cut that gave new members a long-term contract at a lower rate, means that you have foregone future increases in price that could add to your revenues six months or a year later. A possible exodus by formerly entrenched members can only add to these losses. Caro says, "You've just hurt yourself in the short run and the long run."

The best reason not to decrease dues may be that there are so many other options to try first. Most obviously, club owners in financial straits can look at the other side of their balance sheet, aggressively trimming waste from expenses. More effort can be put into marketing in the hopes of boosting membership, or in retaining the members they already have. Better training can help the sales staff add to their closing ratio, ensuring that more prospects are converted to members. Offerings such as juice bars, additional classes or personal services can be added to boost ancillary income.

A faltering economy is a ready excuse to blame the market for one's own shortcomings. A better option is to take stock of the situation and find present-day solutions that don't mortgage the club's future.

"The economy always plays a part, but especially if you're a marginal operator to begin with - if you don't have a strong financial model to begin with and you're weak in sales," Tharrett says. "I've been through a couple of recessions, and we're probably in one now, even though economists don't want to say it. The clubs that have a strong business model and deliver a real value for the price may see a slight drop in memberships, their sales numbers may drop 5 or 10 percent, but they'll hold on to their existing members. I won't say they're recession-resistant, but they'll be resilient in the face of it."