As president of the National Coalition to Prevent Child Sexual Abuse and Exploitation, Cordelia Anderson sees the Penn State University scandal as both a tragedy and an opportunity. 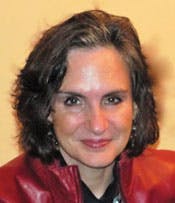 Photo of Cordelia Anderson, President of the National Coalition to Prevent Child Sexual Abuse and Exploitation

As president of the National Coalition to Prevent Child Sexual Abuse and Exploitation, Cordelia Anderson sees the Penn State University scandal as both a tragedy and an opportunity. The coalition issued a statement, "From Penn State to Prevention," calling for a collective national effort among individuals and organizations to say, as the statement reads, "No more!" After similar allegations of sexual abuse of minors by a prominent coaching figure emerged from Syracuse University, Paul Steinbach asked Anderson, who helped the National Alliance for Youth Sports establish its child-abuse and coach-responsibility policies and training, what sports organizations at every level can learn from these high-profile cases.

Q: What was your reaction when the Penn State case broke?
A: My reaction was that here's another example of a situation where too often an institution's needs and reputation come ahead of what needs to happen to protect children. We've seen it in other kinds of organizations - big, international organizations. And whether we're talking about church cases, the Boy Scouts or casting agencies, we see a trend that people in positions of authority have a significant amount of power and autonomy, and are often beyond question.

Q: How do coaches specifically fit into that power model?
A: One of the things about coaches is that people often speak of them in god-like terms. These are people who have father-figure power - and not all in bad ways - but the power they have within the larger institution, school system or college, is huge. Anytime you get that much power, it is too often accompanied by both privilege and a veil of secrecy. With privilege comes the power to cover up wrongdoing.

Q: Do you think athletic organizations will become more vigilant?
A: If there's any good news about this, it's a wake-up call for any place that works with children to have policies for child protection up front and central. And that means safeguarding children not only from abuse but from otherwise inappropriate behavior or boundary violations, such as one adult spending an overnight with kids, doing special favors for kids and buying kids special things. And you certainly wouldn't have an adult showering with a child - even in an athletic place. Just like I feel faith organizations could be huge players in really advancing prevention, so could our athletic organizations. Let's try to learn from this. Before Penn State, they would have said this is not their issue.

Q: In addition to its well-publicized reactionary measures, Penn State has announced plans to build a Center for the Protection of Children. What do you make of that?
A: Starting a center may make sense as long it is value added to the many programs and agencies around the country that are doing this work and that struggle to get funding for research, prevention and victim support.

Q: Is it possible we'll see more athletic organizations embroiled in this type of controversy?
A: Let's talk in a year. I think people are going to be nervous about what they didn't report, and I think they're going to come forward. This is an underreported and underappreciated issue. It has not been taken seriously.