The rise of lower-priced clubs have put greater pressure on gym owners to create an environment that keeps members happy while also empowering them to feel confident that their gym membership investment is well worth it. Ultimately, though, they may lose those members to lower-priced alternatives, writing off the member loss as simply a financial decision. The reality is that the warning signs were there; they just failed to see what was right in front of them.

"There has been an attitude that says we are really interested in making a difference to those potentially leaving, but some clubs have opted out and said either they don't know how to make a difference or that's not their business model, so they just let these members leave," says Rick Caro, president of New York-based health club consultancy Management Vision Inc.

Identifying "fragile" members can be one of the toughest challenges facing a club, as it has become increasingly harder to figure out what might have sent someone packing. Are they unhappy with another member? Is the group fitness room too hot or too cold? Is the music too loud? Is the gym too crowded? Is there something that has happened in their personal life affecting their gym experience? These are all questions that AB contributor Barry Klein, co-owner of Elevations Health Club in Scotrun, Pa., considers. 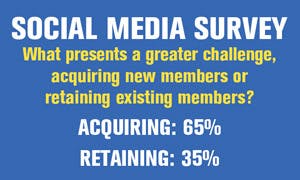 "Consumers seem angry, impatient and quick to cancel for almost any reason or perceived slight," he says. "Combine that with social media and the need to express every thought at every moment — along with a healthy distrust for the health club industry — and members seem to be looking for a fight."

The variables affecting members leaving are many, according to Caro. "One of our challenges is a lack of information — understanding who our fragile members are, which ones are most likely to leave based on various data or insight that we can now gain through more sophisticated tools," says the former gym owner and operator. "Assuming we know who they are, we then need a plan for interacting with them and getting them to either re-engage with the club or get them committed to additional activities."

For gym owners, the time and financial investment to retain existing members is significantly less compared to adding new members, but each phase of gym management requires a commitment to members' wellbeing — starting with identification. 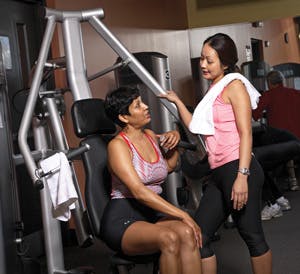 THE 21-DAY RULE
Many clubs operate under the 21-day rule. If after 21 days a member hasn't been into the facility, the club reaches out to him or her. This is the approach taken by Liz Rhode, founder and owner of the Maryland Athletic Club and Wellness Center, better known as the MAC.

"We have had this Code Blue system in place ever since I opened the MAC in 1996," she says, explaining that her membership retention team will also follow up with an absent gym member at 60 days and then once per quarter. Caro praises this approach and the incentives used to get these members back in the club but cautions clubs that, even after 21 days, it may be too late to get a member re-engaged.

"If you wait until someone has a pattern of no-shows, it gets harder to change their behavior because you let it occur and be, to some extent, reinforced" by lack of interaction, he says. "Normally people don't go from medium user to non-user. Usually they go through a cycle where they ratchet down their behavior pattern."

There are various data-mining software programs available today that allow gyms to immediately identify those members who are demonstrating a change in behavior. Using that information, the club can choose to send out an email to that member, make a phone call or have a staff member or fellow gym member engage with him or her the next time he or she is at the gym. The goal, Caro notes, is to get members to change their behavior pattern from "declining to stabilized or growing" while participating in more activities with other members or doing the same activity with greater frequency. 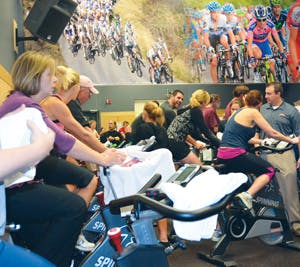 PROGRAMMING BOOST
Those members who consistently participate in programming specifically tailored toward new or potentially dissatisfied members at a health club are more likely to stay happy and engaged, and it's the responsibility of the club to make sure it is providing the type of programming that resonates with its members and creates the connection that keeps them coming back.

"We hold ourselves accountable for member successes," Rhode says, "and one of the keys to our success is having versatility and variety and being able to give people creative solutions, whether it's programming or goal-setting or personal training."

At the MAC, one of the most popular programming tools that has helped Rhode retain her members has been bootcamps. More than 100 classes are offered per week, including aquatics classes that are free to MAC members. The classes can vary from Shockwave to TRX Core to Yoga Shred — intense workouts that are more sports-specific. Says Rhode, "That's one way we're staying on the cutting edge, by offering alternatives to these CrossFit facilities."

A critical component to the success of these classes is the connection members experience with the instructor and fellow class attendees. And of course there is the old-school relationship involving functional training and a member's connection with his or her personal trainer. Despite having multiple personal trainers recruited by the Baltimore Ravens, Rhode has retained the majority of her quality team members — a crucial but sometimes overlooked part of the membership-retention process.

No membership retention plan is complete without ensuring your members are connected via that club's preferred social media platform. Establishing a community and building relationships shouldn't end once that member leaves the gym. Any social media page should be fun and engaging, and include a variety of content that includes photos, videos, polls, quizzes, gym updates and member success stories.

"There are so many more ways to touch members than there used to be," says Klein. 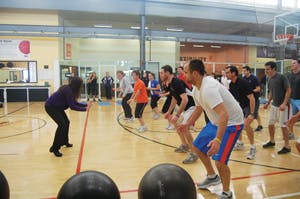 MONEY TALKS
Despite all of their best efforts, club owners are faced with a battle against the almighty dollar. Lower-priced clubs offer the same equipment without any hassle, and since the economic downturn, more and more fitness enthusiasts are re-evaluating how best to spend their precious dollars. Complicating matters is the preferred automatic billing system that many clubs are using now.

"These people have monthly cable bills, cell phone bills, Netflix bills, in addition to rent or mortgage payments and car payments," says Klein. "When we see people canceling for something other than relocation or medical issues, it's usually 'I am not utilizing my membership but you keep billing me.' "

Money is also what is driving all clubs, not just their members. The cost to save a member is much less than the cost of acquiring a new member. According to Caro, "There's a tremendous cost benefit to having a set of efforts, activities and resources allocated to trying to prolong the experience with the existing member."

This article originally appeared in the May 2014 issue of Athletic Business under the headline, "Retention Deficit Disorder."