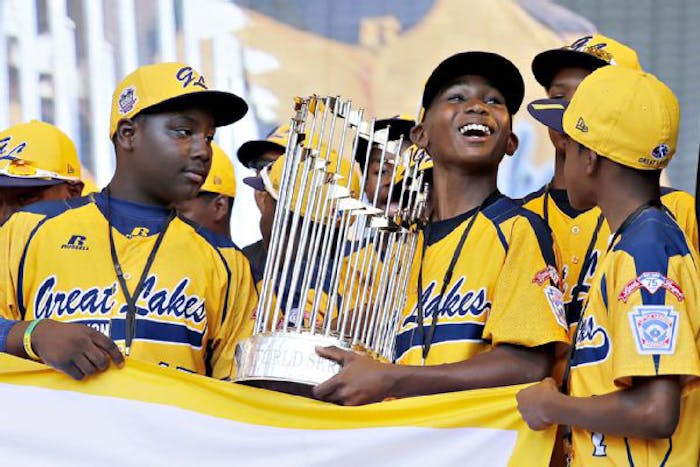 Nearly two months after allegations that the Jackie Robinson West team violated residency rules, the governing board of Little League Baseball has stripped the team of its 2014 U.S. championship title. The team drew significant attention during this past year’s Little League season as the first team comprised of all African-American participants to win the national title.

In December, a rival team accused the Chicago-based team of using players outside its geographic area in December, allegations that were initially dismissed. But an investigation by the Little League organization revealed that the team used a map with falsified boundaries to recruit players from neighboring districts. As a result of the investigation, the team will vacate its wins from the 2014 Little League Baseball International Tournament, including its regional and national titles, the latter of which will be awarded to Mountain Ridge Little League of Las Vegas.

“For more than 75 years, Little League has been an organization where fair play is valued over the importance of wins and losses,” Little League International CEO Stephen D. Keener said in a statement. “This is a heartbreaking decision. What these players accomplished on the field and the memories and lessons they have learned during the Little League World Series tournament is something the kids can be proud of, but it is unfortunate that the actions of adults have led to this outcome.”

Local officials acknowledged in January that they knew of the team’s violations but had not reported them to the governing body, sparking the league to reopen its investigation. The team’s manager has since been suspended, and the league’s administrator for the district has been removed from his position.

“Little League takes these matters very seriously and has spent countless hours gathering information about the many issues facing Jackie Robinson West Little League and Illinois District 4,” Keener said. “During our review, it became clear that both Jackie Robinson West officials and District Administrator, Mike Kelly signed documents to make players eligible who should not have been.”