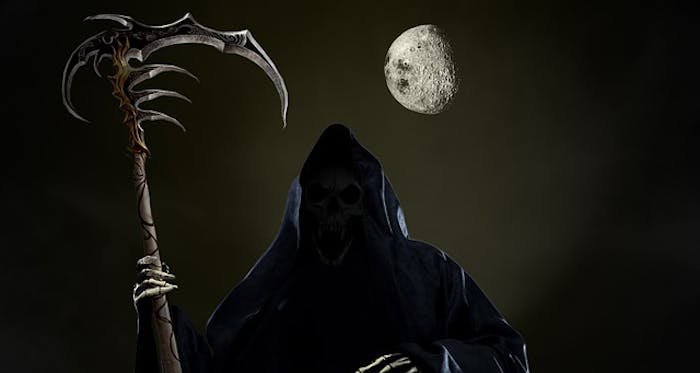 Forget fame and glory, athletes perform better when reminded of their impending death, according to a new study conducted by University of Arizona researchers.

Published in a recent Journal of Sport and Exercise Psychology, the study employs the idea of terror-management theory, wherein thoughts of mortality increase the desire for success. The researchers centered their study around the premise that athletic participation encourages individuals’ self-esteem, hypothesizing that reminders of death might bolster the connection.

"Your subconscious tries to find ways to defeat death, to make death not a problem, and the solution is self-esteem," study co-leader Uri Lifshin says. "Self-esteem gives you a feeling that you're part of something bigger, that you have a chance for immortality, that you have meaning, that you're not just a sack of meat."

As part of the study, 31 men were recruited to participate in two one-on-one games of basketball. Prior to the second game game, participants were asked to fill out one of two questionnaires—one involving questions related to death, the other related to basketball. Following a short delay intended to afford players time to ruminate on their answers, they engaged in basketball games.

A second component involved a one-minute shooting challenge, during which the study co-leader wore a black t-shirt with a skull and other suggestions of death and mortality while instructing half of the participants. Those participants exposed to even the subtle suggestion of mortality performed 30 percent better.

The researchers think terror-management theory has potential in sports, as well as other areas of life, and plan to expand their study to include collegiate and professional athletes.

“This is a potentially untapped way to motivate athletes but also perhaps to motivate people in other realms," says co-study leader Colin Zestcott. "Outside of sports, we think that this has implications for a range of different performance-related tasks, like people's jobs, so we're excited about the future of this research."

Until more study data is available, team trips to the cemetery are probably still a bad idea.