The voice on the other end of the phone was familiar, because nobody sounds like Dick Vitale. Having been around Vitale more than a dozen times over the years, there is no difference between the character you grew up watching on television and the man himself, which is to say his enthusiasm and love for college basketball is both pure and without peer.

But this conversation was different. Vitale might want to still be college basketball's biggest cheerleader, but at 78 he's becoming one of its biggest cynics in the wake of an FBI investigation that has exposed the culture of corruption and backroom deal-making that has long been accepted as part of the recruiting landscape.

"I'm fed up with this," Vitale told USA TODAY Sports. "I love the game and care about it so much. It just frustrates me."

Vitale, arguably the person most responsible for making college basketball into a big-time sport on television, isn't sure what he'll say about the investigation when he calls games for ESPN this season or how it will change the way he analyzes what he sees on the floor.

He's also well aware of the accusations that he's an apologist for college coaches whose programs get in trouble, having at various points defended John Calipari, Jim Boeheim and, of course, Rick Pitino.

"That's so unfair it's unreal," Vitale said, pointing out that he went on the air in 1989 and called for his close friend Eddie Sutton to resign at Kentucky when the Chris Mills payment scandal became public.

Although Vitale still likes Pitino and believes he didn't know that one of his assistants, according to an FBI indictment, helped facilitate a $100,000 payment from Adidas to the family of Brian Bowen in exchange for his commitment to Louisville, Vitale knows the public is in no mood to parse degrees of guilt or hear excuses because neither is he.

That's something Vitale admittedly will have to grapple with on the air, going against his usual instinct to glorify the excitement of college basketball.

"What bothers me is it's there laying on your shoulder," he said. "You want to get excited this time of the year. I usually can't wait to see the new Diaper Dandies, (Kevin) Knox, (Hamidou) Diallo, all those kids. I can't wait to see what happens with new players, the big kid at Arizona (DeAndre) Ayton. But hanging on your back like a thousand-pound weight is what the FBI is going to do.

"You want to be able to talk about the game in a positive way. But I'm out at lunch yesterday, and a guy says, 'Man, I'll just follow the NBA now, Dick, because they give them the cash, they play.' How can I argue? It's frustrating, because it's a topic that is going to dominate the college scene until this comes to a conclusion."

Although Vitale is no longer ESPN's primary voice for college basketball -- in 2014, the network moved Jay Bilas to its No. 1 team and began giving Vitale fewer marquee games -- the FBI investigation could end up being a turning point late in his career.

Because Vitale has so often blurred the line between commentator and advocate for college basketball, he has been a somewhat polarizing figure among fans and television critics. But more recently, Vitale has been ubiquitous on his social media platforms, particularly Twitter and Periscope, often railing against both the NCAA for its lack of action and against those who have been caught up in the scandal.

And though it might be a surprise to some who've pigeonholed him as a shill, Dickie V has the same questions most of us have regarding what's next.

"Look, I'm not naive," he said. "I know wheeling and dealing has gone on for years. I'm not a Harvard guy, I'm not a Yale guy, I'm not Ivy League intelligent, but I've been around the block and I've got some pretty good street smarts. If these guys are getting $90,000, $100,000 for the kid at Louisville, and $150,000 with a kid that was going to go to Miami, what the hell are some of these super, super one-and-done talents over the years -- what have they gotten?"

It was obvious in our 30-minute conversation last week that Vitale is hurting over this scandal and he wants the NCAA to find solutions.

While he appreciates the people included in the NCAA's new "Commission on College Basketball" such as Condoleezza Rice, David Robinson and Grant Hill, he was adamant that nothing will change unless there's dramatic action taken around the summer basketball culture and the agent environment. Vitale would like to see the NCAA take ownership of the grass-roots scene and push the shoe companies to the side, barring coaches from attending sneaker-sponsored events.

"The NCAA needs a wake-up call, and they have to spend their money," he said. "They need to get those sleazy characters away from being involved in the game, and they need to finance summer camps. Pay to bring the kids in, utilize high school coaches. Spend your millions on that, and I think we could see some positives. But talk is talk. We've got to clean this damn thing up. It doesn't start with committees. It starts with action."

Action, baby, with a capital A. 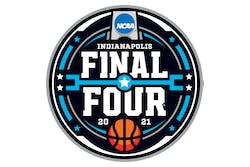