For many observers, the 2007 bus crash that killed five members of the Bluffton University baseball team and two others had become a tragic but distant mile marker in the mind's rearview mirror. But here it is again, lending context to a motorcoach safety movement gaining momentum in the wake of three separate team bus accidents — one fatal — within the span of 18 days this year. 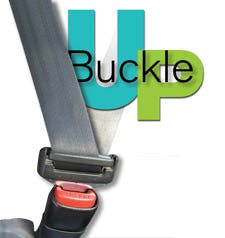 On Feb. 26, four individuals suffered significant injuries and many more endured cuts and bruises when a charter bus carrying the University of Maine women's basketball team veered across four lanes of oncoming traffic and into a wooded area. On March 12, a car spun out of control in front of a motorcoach carrying the St. Michael's College men's lacrosse team. The car was destroyed (and a passenger inside killed) before the bus came to a stop alongside the highway, where it tipped onto its side. Student-athletes escaped through the bus roof, and only four sustained injuries. Then, four days later, the Seton Hill University women's lacrosse team bus left the highway and struck a tree, killing the driver and the team's pregnant head coach.

By all indications, none of the buses involved in these accidents was equipped with seatbelts. It was the lack of seatbelts on the Bluffton bus, which plunged off an interstate overpass in Atlanta, that prompted the father of one of the fatally injured team members to push for legislation requiring seatbelts and other safety enhancements on commercial motorcoaches - a mode of transportation favored by college athletic departments. Introduced in 2007, 2009 and again in 2011, the legislation wasn't signed into law until July of last year. As of this writing, the National Highway Transportation Safety Administration still hadn't released final rule language to steer the motorcoach industry toward compliance.

Says Bluffton University president James Harder, "The recent bus accident tragedy and loss of life among our colleagues at Seton Hill University is a particularly pointed reminder to the Bluffton University community that, while much has been accomplished in recent years to improve motorcoach safety requirements for the benefit of all passengers, some key commonsense requirements have not yet been fully implemented."

PROACTIVE INDUSTRY
According to Victor Parra, president and CEO of the Alexendria, Va.-based United Motorcoach Association, which represents more than 1,000 member companies in the charter business, the industry is not standing idly by. "I don't know any manufacturer that will sell a bus without a seatbelt, and in fact if you ask for the seatbelt not to be included you have to sign a release form," Parra says. "Our industry has been proactive on seatbelts even though the final rule is not out. We're already moving ahead as an industry."

But considering that the useful life of a bus can stretch some 30 years, thousands of beltless buses remain on the road today. Parra estimates the percentage of buses equipped with seatbelts to be as low as 10 to 15 percent. But the numbers are heading in the right direction, with between 1,200 and 1,300 new motorcoaches sold in the United States in 2012 and some companies retrofitting older models with seatbelts, he says.

According to Bowlus, Bluffton's travel policy states, "All vehicles used in an activity may hold no more than one passenger per safety belt available in the vehicle. Vehicle drivers are responsible for assuring that all passengers are wearing safety belts while inside the vehicle."

AB asked the three schools involved in accidents this year if their transportation policies have changed, but none offered comment. Sensitivity to the seatbelt issue was nonetheless evidenced following UMaine's return trip to Orono the day after the post-crash cancellation of its game at Boston University. "Today on our bus there were seatbelts," sophomore guard Courtney Anderson told The Boston Globe. "It wasn't great to be stepping back on a bus after what happened yesterday, but we understand it was a freak accident and that it won't necessarily happen every day."

RULE IN WORKS
While Parra can't explain why implementation of a nationwide seatbelt rule has taken so long, an NHTSA email to AB states, "NHTSA is always working to ensure the highest standards of safety for everyone on America's roadways, and our traffic safety efforts continue to reduce fatalities and injuries nationwide. In 2010, [U.S. Transportation] Secretary [Ray] LaHood announced a proposal that would require new motorcoaches to have lap-shoulder belts to provide occupant crash protection, including to help prevent passenger ejections during a rollover event. NHTSA is working to finalize the rule."

NHTSA deserves credit, according to Parra, for employing an actual crash test to help determine which bus safety enhancements make sense. An NHTSA official told AB that the test, conducted in 2009 on a 2000 model-year motorcoach, is believed to be the only test of its kind to date. A 2010 NHTSA report estimated that fatalities in tour bus rollover accidents might be reduced by 77 percent if seatbelts were available and actually used. "If we're going to make a change to the bus, we want some very clear standards that need to be developed through proper research, as opposed to just sort of making rules without science behind them," Parra says. "Fundamentally, we want to see science drive policy."

WHAT TO DO?
In the meantime, Parra says athletic departments can take matters into their own hands as far as researching carriers' safety records using the U.S. Department of Transportation's Safety Fitness Electronic Records System (SAFER), accessible at www.safersys.org. But even that measure isn't foolproof. Parra searched the pre-crash record of Mlaker Charters & Tours, the Davidsville, Pa.-based carrier at the center of the Seton Hill case, and found no red flags. The driver was medically certified, and an autopsy found no alcohol or drugs in his system. "We're still puzzled by that one," says Parra, who would like to have seen the National Transportation Safety Board investigate. An NTSB representative told AB that, while it investigates every civil air accident in the United States (roughly 1,500 a year), it only investigates about a dozen of the 10 million accidents that occur on U.S. highways annually.

In 2007, an NTSB investigation of the Bluffton crash concluded that the "motorcoach's lack of an adequate occupant protection system," of which seatbelts are considered one component, contributed to the severity of the accident. The board does not intend to investigate any of the 2013 crashes, but it had added the safety of bus operations to its 2013 "most wanted" list of advocacy priorities months before the UMaine accident occurred.

According to Parra, the motorcoach industry transports 700 million passengers per year, yet motorcoach accidents claim fewer than two-dozen passenger lives on average. "Now, one fatality is one fatality too many," he says. "But when you look at the fact that we carry as many people as the airline industry, and in some years more, and given the fact that we are operating in a much more dangerous environment - roads versus sky - it is a very safe way to travel. DOT has said it's one of the safest ways to travel bar none. These accidents were tragedies, and that's why we want to find out what happened. We want to find out what we can learn from this."