American artistic swimmer Anita Alvarez was dramatically rescued by her coach after fainting while competing at the World Aquatics Championships in Budapest.

Alvarez, 25, completed her routine in the solo free final on Wednesday night before losing consciousness and sinking to the bottom of the pool.

Andrea Fuentes, Alvarez's coach, jumped into the water in a t-shirt and shorts to rescue Alvarez "because the lifeguards weren't doing it," she told Spanish news outlet Marca.

Dramatic photos of the rescue, both underwater and reactions on the pool deck, have now been posted to social media.

"I was scared because I saw she wasn't breathing, but now she is doing very well," Fuentes said, per Marca. "I said things weren't right, I was shouting at the lifeguards to get into the water, but they didn't catch what I said or they didn't understand. I went as quickly as I could, as if it were an Olympic final."

Fuentes also published an update on Alvarez's condition to Instagram:

"Anita is okay — the doctors checked all vitals and everything is normal: heart rate, oxygen, sugar levels, blood pressure, etc… all is okay. We sometimes forget that this happens in other high-endurance sports. Marathon, cycling, cross country… we all have seen images where some athletes don't make it to the finish line and others help them to get there," she wrote in the caption alongside a picture of Alvarez.

"Our sport is no different than others, just in a pool, we push through limits and sometimes we find them. Anita feels good now and the doctors also say she is okay," she continued, adding that Alvarez will discuss with the doctors if she can continue to compete in an upcoming team event. 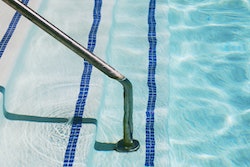 May is National Water Safety Month — a joint public awareness effort...
May 3, 2022
Aquatics

An Arizona State University student has died after being found unresponsive in the Sun Devil Fitness Center in Tempe on Saturday night.
April 19, 2022
Aquatics

Two areas that continue to be moving targets in today’s aquatics world are the cost to build facilities and the cost to operate them. These costs are critical considerations when making the decision to move forward with a project.
April 13, 2022
Aquatics

The city of Phoenix is offering financial incentives to fill its lifeguard rosters for the coming season.
March 8, 2022
Personnel

The City of Jacksonville Beach, Fla., is considering dissolving its volunteer lifeguard program to resolve a labor dispute, and the city is exploring the financial cost.
March 1, 2022
Page 1 of 48
Next Page
AB Show 2022 in Orlando
AB Show is a solution-focused event for athletics, fitness, recreation and military professionals.
Learn More
Buyer's Guide
Information on more than 3,000 companies, sorted by category. Listings are updated daily.
Learn More