When Planning for the Future, Don’t Forget About the Present 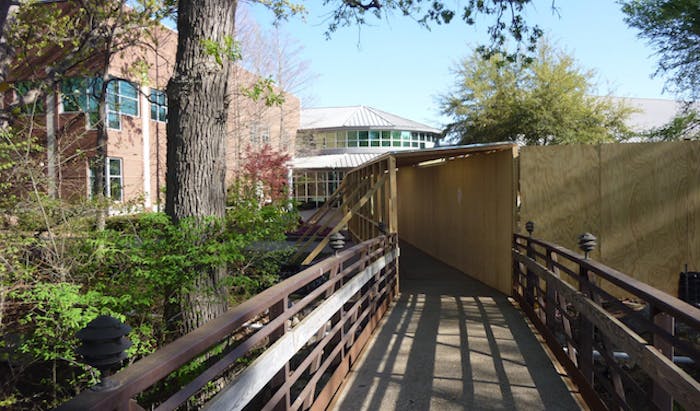 I recently was reminded at a project-planning kick-off meeting that pieces of the design and building process we architects consider core elements often are not seen that way by the facility operators and their staff members with whom we’re working. Far from it, in fact.

There we were, sitting at a table as the “new guys” in the room, surrounded by members of the client’s leadership team entrusted to spend wisely millions of dollars on either replacing or reimagining a recreation facility. The budget in place had been determined by a group of professional consultants, but neither the client nor those consultants had paused to consider the answer to a significant question that was fundamental to the project.

What is the tolerance among users for closing the existing facility while the new one is under construction?

Every single person in that room had a “we haven’t thought about that” expression on his or her face. This happens more often than one would think.

Yet the answer to that question not only impacts the overall project budget — it also dictates the design approach by defining fundamental opportunities and constraints.

Well, the answer seems obvious now, doesn’t it? You can’t build new space in the same location as existing space without tearing it down. Likewise, it’s pretty difficult to endure a major renovation while a space is still occupied.

Sometimes, though, the answer isn’t so obvious. Take, for example, constructing a new facility on an unoccupied site. This is the quintessential blank slate that many budget processes assume. But the reality of most projects, even if they are complete replacements of an existing facility (versus an addition or renovation), is that the existing site and its use during the project can have an enormous budgetary impact.

If you are building an all-new facility, but the new space shares a site with the existing building, the quick assumption is that current operations don’t matter; those operations can simply transition from the old building to the new one. Then the old building will be demolished.

Not necessarily. What if the construction site is constrained (as most are)? Where will the contractor stage the project? Where will construction workers park? What is necessary to separate the public from construction safely?  Do workers need to be badged and have background checks performed?Depending on your answers to those and similar questions, you may need to budget for the cost of constructing temporary parking or staging areas — as well as ensure that new construction won’t interfere with existing operations and that patrons will feel safe by budgeting for temporary protections or pathways.

Another question to consider is whether an environmental assessment has been conducted on the facility designated to be torn down. Abatement costs can really drive up the cost of demolition, and you don’t want to discover a shortage at the end of a project, when contingencies have been spent and such surprises are tough to stomach.

The (Unfortunately Not So) Obvious

Some clients rightfully hire architects because they don’t know if they want to replace or renovate. That’s entirely appropriate, and it’s why we’re here. The challenge is creating holistic budgets that study these variables, not just bricks and mortar. Our job is to help envision the possibilities within that budget.

This sometimes puts us in a “don’t shoot the messenger” role, especially when the dream budget starts getting chipped away by the “we didn’t think of that” reality.

Remember that if existing program offerings cannot be interrupted, the project must then be designed around those existing activities with minimal disruption. Phased projects take longer to construct and therefore cost more money, and design compromises become part of the project’s premise.

Such consequences can be at least partially avoided by relocating existing services and activities to some other location while the new project is realized. But that also comes at a price. How much does it cost to rent offsite space? Will patrons be willing to go there? Is such space even available?

Yet another option is initiating temporary closures, but those also impact revenue. And what will happen to employees during those closures?

In short, when dreaming about your future, don’t forget about your present. Keeping existing programs running during construction of a new project still costs money. Taking the time to also focus on the here and now when developing a project’s budget will make everything that comes next a little easier.