Fitness club owners see it all and have to be prepared to deal with just about any situation. Such was the case at an LA Fitness location on Thursday.

The Star Tribune in Minneapolis reports that a man is being charged with animal cruelty after he locked his two-month-old puppy in a locker while touring an LA Fitness location.

The man apparently had the puppy in his gym bag upon entering the facility and then stashed the animal in a locker. Another gym member heard the puppy crying and notified management who then broke open the locker and called the police.

"I didn't just throw it in there and then left her. I made sure that it was comfortable,” the man told the local NBC affiliate.

The man admitted that he put the dog in the locker and was allowed by police to leave with his pet, but only after officers charged him with cruelty to animals. 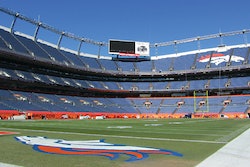