The University of California, Los Angeles has unveiled plans for a new student-athlete academic center.

According to post on the school’s website, the $35 million project will serve nearly 700 student-athletes, who participate in 25 intercollegiate athletic programs.

To be named after music industry executive and philanthropist Morris “Mo” Ostin, who has committed the lead gift of $15 million to the proposed project, the comprehensive, state-of-the-art academic facility will be located in the heart of the UCLA campus immediately adjacent to the east side of the J.D. Morgan Center.

“UCLA has a deep commitment to academic success for all of our students, particularly those with demanding schedules, like our student-athletes,” said chancellor Gene Block. “Their dedication to success both on the field and in the classroom will only be enhanced by this new center. We remain grateful for Mo Ostin’s wonderful support and our shared vision as UCLA begins its second century.”

Ostin’s gift comes in the wake of an additional $10 million he donated for construction of the school’s Mo Ostin Basketball Center. 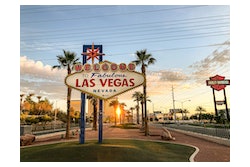 Climate Pledge Arena honors its name in more ways than one. Opened in fall 2021, the home of the NHL expansion Seattle Kraken and WNBA Seattle Storm not only recycled elements of its predecessor — KeyArena — but scores...
November 28, 2022

Take a virtual tour through the athletic facilities at Trinity College, a private liberal arts college in Hartford, Conn...
November 28, 2022

The Cleveland Browns have really stunk it up this year with a 3-7 record, and now they have a fitting honorary mascot to take them down the stretch.
November 28, 2022

The New York Giants and New York Jets have made the decision to replace what is sometimes referred to as one the worst fields in the NFL at MetLife Stadium, the teams' shared home.
November 28, 2022

FIFA is under fire after many fans trying to enter Khalifa International Stadium for Monday's match between England and Iran were unable to access their tickets due to problems with the ticketing app.
November 21, 2022
Page 1 of 512
Next Page
Buyer's Guide
Information on more than 3,000 companies, sorted by category. Listings are updated daily.
Learn More
AB Show 2022 in Orlando
AB Show is a solution-focused event for athletics, fitness, recreation and military professionals.
Learn More