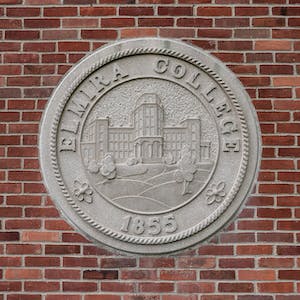 Get a look at Elmira College in New York's Campus Field, the home of Soaring Eagle soccer.

The university boasts Campus Field as one of the best playing surfaces in the region.

Elmira's grass field has bleacher seating on the eastern side of the field, adjacent to Elmira College's Gannett-Tripp Library.

The college's Ice Arena is the home location to its nationally recognized ice hockey programs.