Public Parks Serve as Battlegrounds in Fight over Gun Rights

Public parks often serve as battlegrounds in the fight over Second Amendment rights. 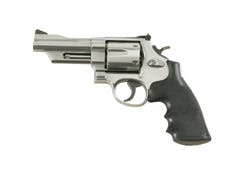 As political issues go, gun control has always been explosive. Or, as Nashville and Davidson County (Tenn.) Metro Parks director Roy Wilson more tactfully puts it, "politically divisive." Just look at Wilson's home state, where the issue of gun control in parks and recreation areas ignited political firefights throughout the summer - after the state Legislature approved a bill that repealed a decades-old law preventing guns in local parks.

In March, the guns-in-parks debate went nationwide. Congress and President Barack Obama passed a credit card reform bill that included among its several riders a repeal of the ban on the concealed carry of loaded guns in national parks - a ban that has existed since the Reagan administration. The law takes effect in February, to the dismay of some parks advocates. "We hope the American public and members of Congress will have more time to understand the far-reaching repercussions of this outrageous and disturbing law that has nothing to do with credit cards and will only put park visitors at risk," Brian Faehner, associate director of the National Parks Conservation Association, told the Associated Press upon the bill's ratification.

While presidential elections tend to render the more centrist candidates mum on the topic of firearms regulation - when pressed to discuss it during his 2008 campaign, President Obama often repeated the noncommittal phrase, "What works in Chicago may not work in Cheyenne" - political leaders on the local level are often forced to take a stand.

The federal guns-in-parks law, for example, defers to state law, and state laws related to the carrying of guns in parks often defer to local law. In Tennessee, the repeal of the statewide ban on guns in local parks, which took effect Sept. 1, gives local governments an "opt out" clause.

Parks and recreation department directors have thus found themselves put on the spot during discussions within crowded council chambers throughout the Volunteer State. "There's been a lot of debate surrounding this particular bill," says Wilson. "It's been in the headlines, in the news and in e-mail exchanges among us here in Tennessee. We were all aware of it and knew we were going to have to deal with it in our various communities."

At the time of this writing, dozens of Tennessee communities - including Metro Nashville - were still debating the "opt out" clause. Tennessee Recreation and Parks Association executive director Candi Rawlins makes no bones about her organization's stance. "We've been dealing with this issue - opposing this legislation - for three years," she says. "Our position is: we don't believe anyone other than law enforcement officers should be carrying guns in our parks. A lot of the activities and events that occur in parks can be emotionally charged. And when a situation is emotionally charged, we don't think adding a weapon to it is a positive thing."

The organization distributed a sample resolution - devised by the University of Tennessee Institute for Public Service's Municipal Technical Advisory Service - to each of Tennessee's 135 county and city governments. It references the new state law and stipulates that the governing body of a given municipality "desires to continue prohibiting the carrying of handguns in municipal parks, natural areas, historic parks, nature trails, campgrounds, forests, greenways, waterways, or other similar public places." It also suggests specifications for signage announcing the maximum state penalty (11 months and 29 days in jail and a $2,500 fine) for carrying firearms on public recreation property.

That said, numerous communities throughout Tennessee have either actively decided to not opt out after some public debate, or quietly accepted the terms of the state law. "City by city, they need to make a decision," says Rawlins. "What I am encouraging them to do is get their park users involved. The users need to be the ones who are telling their local officials how they feel about this issue."

The word "safety" is used freely by people on both sides of the guns-in-parks debate. "I just felt that we needed to make a statement and say, 'Hey, if you come to Red Bank, we're going to protect our children and protect our citizens," Red Bank, Tenn., city commissioner Floy Pierce told the Chattanooga Times Free Press after she voted in a 4-1 majority to allow guns in the city's parks. East Ridge, Tenn., vice mayor Tom Card evoked his Second Amendment rights as a justification for guns-in-parks rights, including a 257-acre park featuring an expansive sports complex. "In the Constitution we have the right to bear arms," he told the Times Free Press. "The criminal can be in the park without a permit, and he pulls a pistol on me, and I don't have one. What am I supposed to do?"

People on the other side of the issue are equally adamant. "I don't know how many times I've seen spectators run up into the face of an umpire or an official just because he or she disagrees with them," says Wilson. "I've seen fights erupt in the stands. All those perpetrators need is permission to carry a gun into the parks, and the situation can get a lot worse."

Wilson also notes that many of Nashville's parks are strategically placed adjacent to school grounds and are heavily programmed for youth populations. "When I look at how many of our parks are used by our school system for athletics activities, and I look at all the programs and events that are family-oriented, I just don't think children, large crowds and firearms are a good mix," he says. "Our number-one priority is safety for the people using our facilities. Firearms and safety are not synonymous, in my opinion."

In the end, however, the opinions of parks and rec directors only go so far; it's ultimately up to the members of the governing boards to weigh the political consequences of their decision. And as Rawlins says, "Every community needs to make a decision."