This week's AB Extra includes updates on two prominent professional stadiums, a warning for anyone thinking of attending The Masters and a new potential programming idea for your facility. But we begin with a new youth football league aimed at fixing the "broken" culture in sports. New to The Extra? Here's last week's edition. 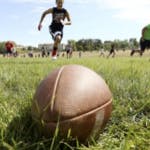 Two Sioux Falls football coaches are looking to change the culture of their sport by creating a league that will emphasize Christian ministry among its coaches and players.

Jeff Adler and Kelly Meeker founded the Siouxland Youth Football League (SYFL), which will work closely with the Fellowship for Christian Athletes (FCA) and will have anywhere from 10 to 12 teams for fifth- and sixth- grade boys.

According to Adler, the coaches started the league because they believe "the culture is broken in sports, where parents are yelling at their third-, fourth-, or fifth-grade coaches about kids' playing time or how a game's called. We're trying to get back to the roots of the game - about learning fundamentals and growing as a person."

In addition to prayer and religious instruction, the SYFL will emphasize player safety and will require all coaches to be trained and certified in USA Football's Heads Up program. 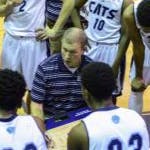 A new budget proposed by the Wake County Public School System in North Carolina will give coaches their first pay raise in close to 30 years. The district has allotted $1.8 million for increasing extra-duty pay out of the $1.4 billion budget. The last time the pay scale for extra-duty employees was updated was 1987.

Despite the positive news of an increase, coaches and other extra-duty staff will have to be careful not to spend their additional money all in one place. With the new budget in place, first-year activity advisors will receive $402, just two dollars more than in 1987. Head football coaches with 10 years of experience will earn $4,197 this year, just $37 more than in 1987.

Many in the district support these pay raises because extra-curricular activities lead to increased graduation rates, grades, and attendance, and decrease behavior problems for students. Additionally, the district anticipates to have about 3,000 more students next school year, and with nearly half of the students encountering an extra-duty employee every day, it is important to the district that these employees have incentives to stick around. 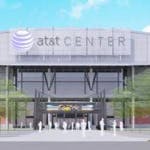 Spurs fans can expect to see a new and improved AT&T Center when they stop in for games next season. Plans for the renovation were revealed to season ticket holders and upgrades include new seating for the entire arena, a large expansion of the Plaza Level concourse, a bigger fan shop, and new, state-of-the-art scoreboard, improved lighting, and WiFi.

Season ticket holder Brian James praised the renovation plans saying, "It looks good. It looks a lot more modern. It's going to compete with a lot of stadiums that have improved themselves."

Additionally, the HEB Fan Zone Area will include two new bars and will feature a new east porch that is intended to give a street-festival atmosphere.

"I like the new seating, it just feels more comfortable," said Matthew Martinez. "I also like the new bar areas that they have. It's going to look great when it's finished." 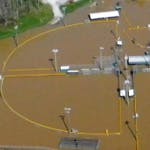 Park officials are trying to figure out what steps to take next after the Cynthiana baseball field in Harrison County flooded following heavy rain in the area. This problem is not new to the field, which was built in the middle of a flood plain and has flooded four times in the past decade.

Currently, "The water mark was up to 39 inches so it was waist deep," according to park and recreation director Darrell Baxter. "There could've been a boat in here this weekend."

As the flooding receded, crews went in to see what they could save at the field. One of the major problems they faced was the flooding of the concession stand, which ruined freezers, refrigerators, and baseball equipment.

While the obvious solution seems to be to build a new park, Baxter said they just do not have the money to do that and play will continue at the field once it is cleaned up.

"Our field is just as good as anyone's around but ours just happens to be in a flood plain." 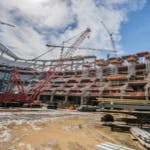 The new Vikings Stadium is set to open in July 2016, with construction crews recently reaching the halfway point to completion. To mark this milestone, the Vikings invited 30 media members to tour the new facility and witness the progress that has been made

According to Dave Mansell, general superintendent of the project for Mortenson Construction, the current goal is to have the stadium completely enclosed and heated by the time next winter rolls around.

When fans step into the new stadium they can expect a different experience compared to the Metrodome, particularly with the design of the concourses, which are two to three times wider than the previous concourses.

“One of the things that’s different about this building than the Metrodome, if you look out on the concourses, you see the open design,” Mansell said. “You can be on the concourse and still look out if something exciting happens. You can still see down to the field from most vantage points, which is a really good thing for the building.”

Cell Phone at Augusta National? You'll be Banned for Life 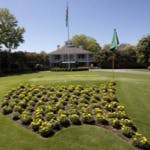 If you're planning on attending the Masters at Augusta National, leave your cell phone at home. Patrons of the course caught with a cell phone are taken to a security building where their badge is taken away, they are then exported off the premises, and subsequently are banned for life from buying tickets from Augusta National.

Atlanta native Scott Feight experienced this fate after his 70-year old father forgot after a long trip that his cell phone was at the bottom of his fanny pack while at Augusta to watch a practice round. Security found the phone during a search of the fanny pack and while Feight and his father were allowed to stay for the practice round, three months later, Feight received a letter from Augusta saying he was permanently banned from ever buying tickets from them again.

Those who have been banned from buying tickets are not banned from the course, but to get tickets, they usually have to pay exorbitant amounts to scalpers.

While the rule has become somewhat of a joke to those attending events at Augusta, security officials are taking their job as seriously as ever.

As one sheriff described of the process, "They tell us to rip off their badges and bring them there, and if they won't come, that's fine, too. They just take the number on the badge and that's it. They're banned for life. Banned for LIFE."

Your Next Aquatic Programming Idea? 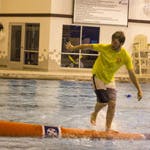 The University of Montana recently introduced a new recreational activity: logrolling. UM's campus recreation purchased the composite log in the hopes of increasing participation during open swim and is the first facility in Montana to offer the program.

According to recreation coordinators, logrolling was a beneficial addition to their offering of activities because they did not have to adjust the recreation schedule to include it.

Aquatics coordinator Greg Lovell said the sport is suitable for people of any age or ability, and it is also a great workout for core, agility, and foot speed.

If the log becomes a popular attraction for students, Lovell says that staff will work on designing a Health and Human Performance class built around the log. 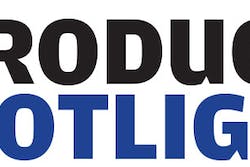