The Walt Disney Company has committed $1 million to the National Recreation and Park Association, which will go toward projects to increase access to play spaces in local parks for children and families.

NRPA plans on distributing the money in increments of $30,000 to 25 communities across the country.

The grantees join the ranks of 50 park improvement projects funded through the Meet Me at the Park Play Spaces grant program.

“NRPA is proud to award these cities and agencies with grant funding that will support increased access to play and physical activity in cities nationwide,” said Kellie May, NRPA vice president of programs, in a press release. “We thank The Walt Disney Company for its commitment to this cause. Its ongoing support is essential to the work we do, especially with children and families who don’t have access to quality play spaces, and to our vision that everyone deserves a great park.”

As part of The Walt Disney Company’s commitment to healthy living, Meet Me at the Park has brought the fun of parks and recreation to children and families across the United States since 2014. This program is part of NRPA and Disney’s commitment to provide 1 million kids and families with greater access to play — ensuring everyone has a safe place to play, learn and live a healthier lifestyle.

The 25 grantee communities include: 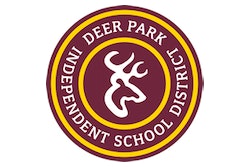