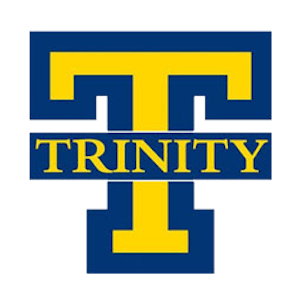 Trinity College in Hartford, Conn., is hosting the NCAA Division III Final Four this weekend, and after an upset win in the quarterfinals, Trinity joins Johns Hopkins, Middlebury and Rowan in the bracket.

However, a Trinity season that should be concluding with pride began with bewilderment.

As reported by NBC Connecticut, When the athletes arrived on campus this fall, they noticed the stands for the football and men’s lacrosse field had been completely renovated, while they didn’t even have their old bleachers from the season before. For their first scrimmage, spectators had to stand behind the players' benches. Their storage shed, which had electricity, was replaced by a shipping container.

“As female athletes I think a lot of times you're told to just nod your head and accept what you're given," junior team member Emily Patry said.

Along with the plans for the new football stands, the school had announced plans for new bleachers and spectator space at Robin L. Sheppard field that would create the 1,000 person capacity expected of an NCAA Final Four host school. School officials blamed the pandemic for project delays, even as new football seating was in place for the start of that season. As complaints poured in, the school erected a five-row bleacher system in one day, NBC Connecticut reported, but it still left much to be desired.

“The stands that are here now are very different than what was pitched to us as donors," said Jim Shay, a field hockey parent and donor to the project.

Team members took action. The women organized the Trinity Women’s Athletic League, a space for all female athletes on campus to share their feelings. “It was really like wow, we have more of a voice than we think we do,” said Dominique Bolduc, a senior on the softball team.

In fact, members of the softball team say the team has been feeling left out since 2013 when the baseball team got a new stadium and turf field. Theirs stayed the same. “It's very frustrating to watch these improvements to things people already have when we don't even have the bare minimum,” Bolduc said. “We can't even hold our own fans, our own families at our field as it stands.”

The situation at Trinity — and the women athletes' reaction to it — drew attention this week from the Hartford Courant, and even Forbes.

With the help of a non-profit called Champion Women, founded by former Olympic swimmer Nancy Hogshead-Maker, the Trinity women called for a Title IX audit and a change for future projects to assess Title IX compliance in the planning process.

“We don't want it to just be, 'We hear you right now, let's check off the box,' " Patry said. "We want it to go forward that the school is going through the process ahead of time so no one is left feeling this way when things are done."

On the same day that NBC Connecticut sat down with Trinity’s athletic director, university president Joanne Berger-Sweeney sent a letter to the school community agreeing to meet many of the athlete’s requests for a Title IX audit as follows:

•            An independent law firm will be hired to assess the college’s athletic offerings, including issues of equity, facilities, and resources.

•            Engineers and the bleacher company with which Trinity works are providing recommendations on what can be done to permanently increase bleacher height and capacity, especially in the center of the field.

•            With the impending NCAA Tournament, we will install temporary bleachers, which will allow us to offer a seating capacity of 1,100 on the field and another 200 standing spaces for upper-level viewing. Temporary warming rooms and restrooms will be in place. These measures will support our commitment to a high-quality fan experience for the NCAA championship but will have to be removed before winter.

•            Planning for permanent warming rooms and restrooms is underway.

Regarding Trinity's softball field, the president added that:

•            The design firm conducting the feasibility study also is exploring lighting and an artificial surface. Many steps would be involved in both, including a review by the City of Hartford and community input about the impact to the campus’s physical environment. Trinity’s Department of Athletics and Physical Education will continue to work with softball coaches to provide access to equitable practice spaces in the spring semester once softball begins its season.

When NBC Connecticut asked Galbraith why it took a movement, she responded, “I don't have a great answer for you on why it would take a movement other than that we have to be better. When students are feeling that level of hurt, you want to both acknowledge and hear those concerns and then work together to find ways forward.”

“I hope from this point forward Trinity College sees this as urgent and just respects all of their female athletes,” said Bolduc. “Because I just hope for future softball players, future field hockey players, anybody, they'll have what they deserve.”