The Metrodome By The Numbers

Minnesota's Hubert H. Humphrey Metrodome will be torn down in February and construction has begun on the Vikings new stadium in the very same location. In preparation for the Metrodome's demolition, the roof has already been deflated. Once home to the Minnesota Vikings, Twins, Timberwolves (for one season) and University of Minnesota football and baseball, "The Dome" leaves behind an unrivaled legacy of efficiency and community use. 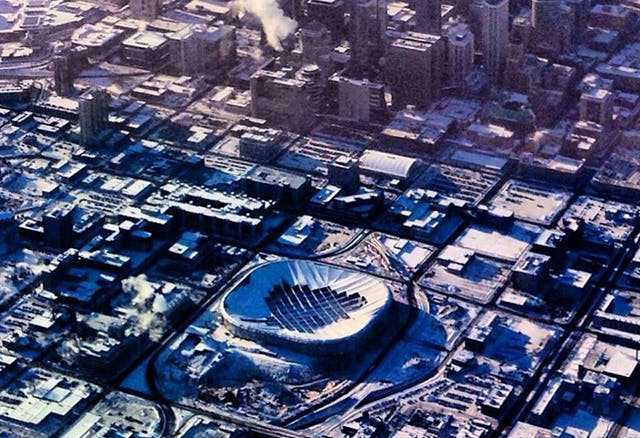 An aerial view of the Metrodome this morning, courtesy of @Vikings on Twitter.

0 - Number of stadiums, besides the Metrodome, to host a Super Bowl, World Series, MLB All-Star Game and NCAA Final Four

0 - Number of professional stadiums in the United States other than the Metrodome, that do not rely on a continuing tax subsidy to finance operations, maintenance or debt payments

300+ - Days per year the Metrodome was in use when the Vikings, Twins and Gophers were tenants

$545 Million - Total cost of Target Field, home of the Minnesota Twins since 2010