Raiders Drop $28M on More Parking for $2B Stadium

The Las Vegas Raiders have acquired 17 acres of land for $28 million that the team intends to use for parking near Allegiant Stadium.

The purchase closed Sept. 27, according to records examined by the Las Vegas Review-Journal, which also noted that the Raiders have snagged several parking lots and commercial buildings along or near Valley View Boulevard between Tropicana and Reno avenues.

All of the future parking areas are within a mile or so of the nearly $2 billion, 65,000-seat stadium at Russell Road and Interstate 15, west of the Strip.

The most recent purchase was sold to the Raiders by former longtime Las Vegas taxi company, Frias Transportation.

The newly acquired parking areas should allow for 2,700 additional spots, according to Raiders President Marc Badain.

“It’s half a mile away at its closest point,” Badain told the Review Journal. “You can walk from that site pretty easily. We’ll have shuttle service available at the site, but I think most people will park and walk.”

“The game day experience begins when they make their ticket selection on the internet, when they leave their house and how smooth their transportation to the stadium is,” Webb said. 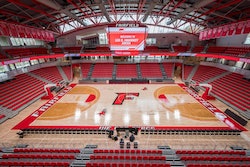 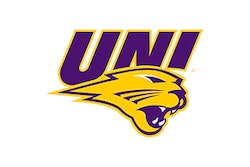 It's been four months since the Cincinnati Bengals signed a naming rights deal with Paycor HCM, but now officials from Hamilton County, which owns the stadium, say they were never informed of the financial terms of the deal.
November 30, 2022
Page 1 of 168
Next Page
Buyer's Guide
Information on more than 3,000 companies, sorted by category. Listings are updated daily.
Learn More
AB Show 2022 in Orlando
AB Show is a solution-focused event for athletics, fitness, recreation and military professionals.
Learn More