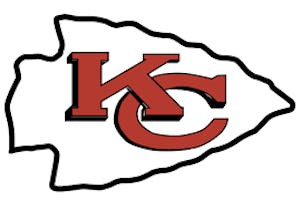 As the MLB’s Kansas City Royals prepare to build a new home, so too might their neighbors, the Kansas City Chiefs.

Chiefs chairman Clark Hunt this week suggested during a press conference the team’s storied Arrowhead Stadium, which sits just across the parking lot from the Royal’s Kauffman Stadium, may need some updates to keep up with fans’ demands.

“Obviously we've been connected to the Royals for almost 50 years now here at the sports complex,” Hunt said, according to the Associated Press, “so their decision on their long-term future will have an impact on us. We're going to watch as they go through the process and at some point in the next year or so start thinking about what's next for the Chiefs from a stadium standpoint.”

Both the Chiefs and Royals updated their stadiums 10 years ago, at which time both teams agreed to extend their leases through 2031. At the time, Arrowhead widened its concourses, added new restrooms, as well as a new press box and luxury suites. But the pace of change in the AFC-West has been driven by massive new facilities in Las Vegas and San Diego.

"The way fans want to consume the game and the kind of spaces that you need, those things change over time," Hunt said, "and we're paying attention. We've had beautiful new stadiums open now in Los Angeles and Las Vegas, and there will be things when we get to the end of our lease here in nine or so years that we will want to incorporate into the stadium.”

Should the Royals move, the Chiefs might have the luxury of expanding their facility while keeping ample room for tailgating.

“One of the great things about the sports complex is how big it is and that’s created the opportunity for our fans to have the tremendous tailgate experience that they have before the game each week,” he said, "so we’re fortunate to have that kind of built-in experience already. Obviously if the Royals weren’t playing at the sports complex it would open up more space and maybe allow us to do some more programing that we haven’t done in the past.”